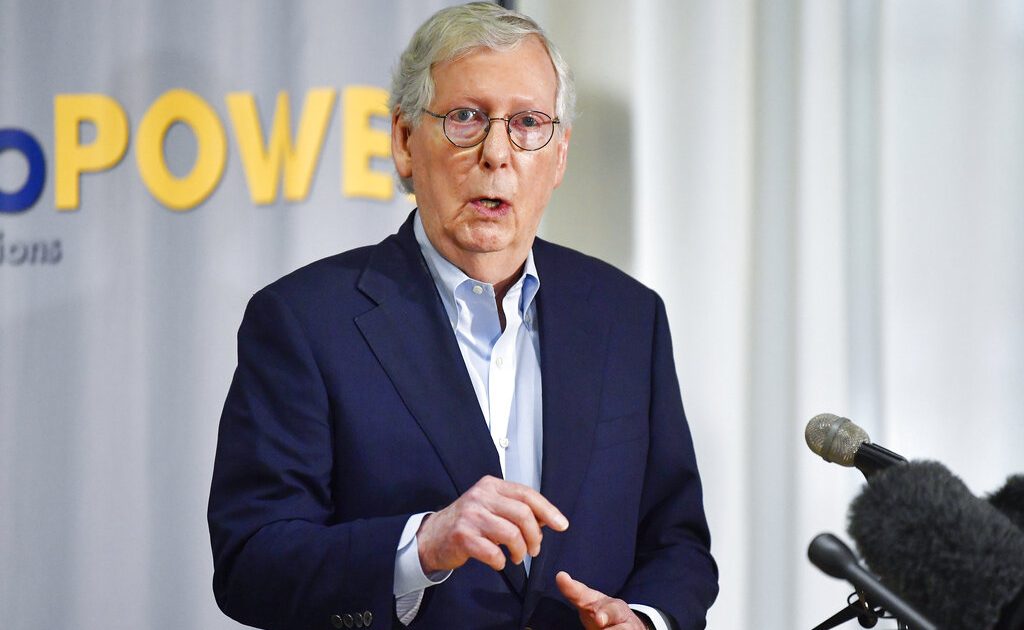 Senate Minority Leader Mitch McConnell (R-Ky.) recently slammed Democrats for creating the worst inflation in decades. While speaking on the Senate floor Monday, the Kentucky lawmaker said President Joe Biden claimed inflation reached its peak months ago. Since that declaration, however, prices have only increased to their highest points in decades.

In particular, McConnell said that prices for gas, food and rent have been particularly inflated. He then pointed out that most Americans are pinching pennies preparing for even greater increases. He said that the money Americans worked hard to earn just isn’t going as far as it once did.

“Day by day, all of these painful milestones add up to one simple reality,” stated the Senate Minority Leader. “Americans hard earned dollars just aren’t going nearly as far as they once did. Runaway inflation has swallowed up any shot at rising pay bringing more prosperity.”

As far as gas prices go, the Biden administration’s energy outlook forecast for 2022 revealed officials dramatically misunderstood the state of America’s energy supply. According to a Townhall report in December, Biden predicted gas prices would average $2.88 per gallon in 2022.

At the beginning of January, however, gas prices were already at $3.13 a gallon and those prices have exceeded $5 a gallon nationally.The pain at the pump is getting worse as gas prices are inching higher by the day. According to the latest data from AAA, national average price of gas is up 15 cents from just last week and more than 55 cents from last month.

Meanwhile, Biden has failed to take responsibility for the crisis and has blamed Russia’s Vladimir Putin and COVID-19 instead of his policies. McConnell’s floor speech came as the Wall Street entered a bear market with experts increasingly warning of a recession. On top of that, the May inflation report revealed the highest consumer price index since 1981.