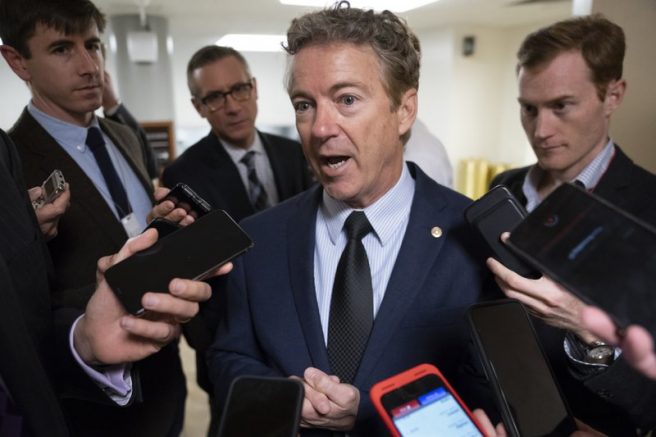 On Thursday, Sen. Rand Paul (R-Ky.) drew further attention to the alleged mismanagement of the war in Afghanistan. On Twitter, the Kentucky lawmaker said his subcommittee on financial spending held a hearing on the Afghanistan Papers, which were recently released to the media.

Sen. Paul then shared a video message, in which he said the 18-year-long war cost the U.S. $1 trillion. He also went on to state the effort was impaired by what he called a “lack of clear or achievable objectives.”

Paul then said it’s time to end the Afghanistan war.

“What the Afghanistan Papers make crystal clear is that doing nothing is no longer an option for a U.S. senator or representative with a conscious,” stated Paul. “It’s time to bring our soldiers home, declare the victory they achieved right from the start and end America’s longest war.”

The senator also said Congress owes a debt to the thousands of troops who died in the war and the tens of thousands who were wounded in battle.