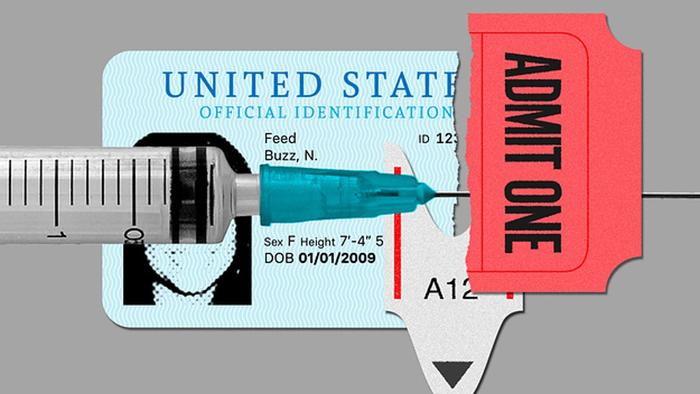 As Democratic lawmakers push America towards vaccine passports to participate in society – they’re also pushing to weaken safeguards on voting, under the guise of ‘voting rights,’ a new Senate bill would force states to pair voter ID requirements with vaccine passports.

The legislation is the idea of Republican Sen. Kevin Cramer of North Dakota who says if a state forces people to prove their vaccination status, they should also have to prove who they are when they go to vote.

Sen. Cramer says he wants to point out the hypocrisy in Democrats who support vaccine passports but oppose voter ID -Fox5

“It seems just logical that if I had to show Bill Deblasio something that’s personal and private just to have a steak dinner in New York City, the least he should do is require people to prove they are who they say they are before they take on the very important responsibility of voting,” says Cramer.

“The standard should be easy to vote and hard to cheat,” he tells Fox5. “I think we all should have an interest in making sure that we trust our election system and voter ID is a very simple safe way to do that.”

According to the report, Cramer acknowledges that trying to tie voter ID to vaccine passports will be difficult, but he hopes it will at least highlight the hypocrisy from the left.