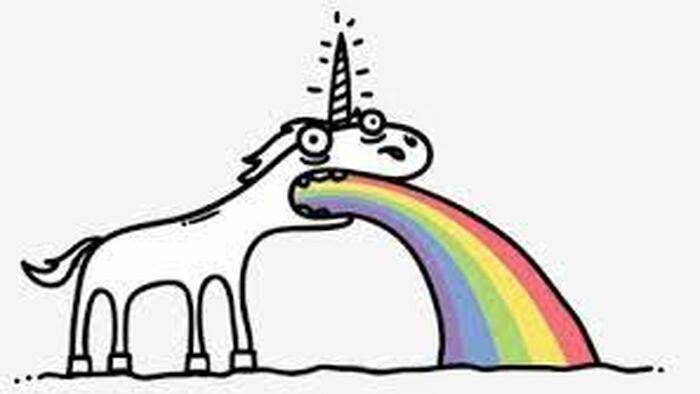 For the third quarter in the past four, SNAP stock has cratered after reporting catastrophic earnings.

Having plunged three months ago after slashing already dismal guidance, SNAP stock tumbled a whopping 25% moments ago when we learned that not only had it not cut enough, and reported revenue that missed, but was also the lowest growth on record.

Here is how the company did in yet another catastrophic quarter:

Tragically, in a time when tech companies are firing everyone, SNAP still has the same colorblind in house graphic designer.

Of course, with more users than expected and less revenue, it meant just one thing: the monetization disappointed and sure enough, ARPU of $3.20, not only was lower vs 2021, down 4.5% y/y, but missed estimates of $3.37

Commentary was also ungood: “We are also seeing increasing competition for advertising dollars that are now growing more slowly. Our revenue growth has substantially slowed”, to wit:

From 2018 — our first full year as a public company — through the end of 2021, our revenue grew at an average compound annual rate of more than 50%. The rapid growth of our top line has been fueled by our fast-growing community, deep engagement with our platform, and a robust advertising business that has driven measurable returns for our advertising partners. However, over the past year, a series of significant headwinds have emerged that have disrupted this momentum.

Platform policy changes have upended more than a decade of advertising industry standards, and macroeconomic challenges have disrupted many of the industry segments that have been most critical to the growing demand for our advertising solutions. We are also seeing increasing competition for advertising dollars that are now growing more slowly. Our revenue growth has substantially slowed, and we are evolving our business and strategy to adapt. We are working to reaccelerate growth and take share, but we believe it will likely take some time before we see significant improvements.

So yes, earnings were terrible, but it’s what the company said elsewhere that was even worse, starting with the decision not to provide any Q3 financial guidance whatsoever, and only tentatively predicting 360 million in DAUs, but with the Twitter-Musk fiasco in the background, we all know these are all just fake bots and what not.

Worse, the company said that “thus far in Q3, revenue is approximately flat on a year-over-year basis”, which means that “growth” is about to go into reverse… which is not a good thing for a “growth” company.

And now that SNAP is a “value” company, it means it’s time for “streamlining” – sure enough, SNAP said it would slow the rate of hiring and rate of operating expense growth.

SNAP also announced that co-founders Bobby Murphy and Evan Spiegel signed new long-term employment pacts through at least Jan. 1, 2027, for $1 per year and no equity compensation. The Board agreed to stock split in form of a dividend of one Class A share for each outstanding Class A share if the Class A share price reaches $40 within the next 10 years; would allow co-founders to donate or sell additional Class A shares instead of donating or selling Class B or Class C shares

And most remarkably, even though the company authorized a new $500 million stock repurchase program over the next 12 months to offset a portion of dilution related to the issuance of restricted stock units to employees, the stock still cratered over 25% after hours following these absolutely catastrophic numbers.

The results were so horrific they dragged down all social peers: Facebook -2.3% and Pinterest -3.1%, Twitter, which is mired in a legal battle with Elon Musk, is down 1.7% (ahead of its results tomorrow). Even Google, which also derives revenue from online advertising, is down 1.8%.