So Long, Fauci — Stepping Down Before Red Wave 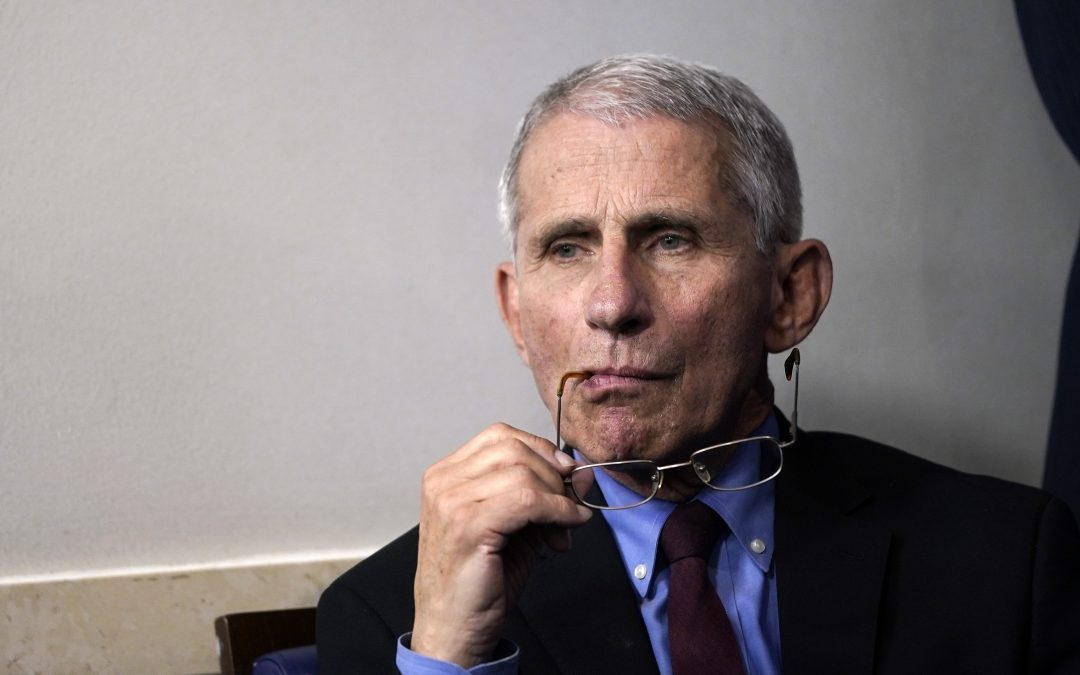 WASHINGTON, DC – MARCH 27: National Institute of Allergy and Infectious Diseases Director Anthony Fauci listens during a briefing on the coronavirus pandemic in the press briefing room of the White House on March 27, 2020 in Washington, DC. President Trump signed the H.R. 748, the CARES Act on Friday afternoon. Earlier in the day, the U.S. House of Representatives approved the $2 trillion stimulus bill that lawmakers hope will battle the economic effects of the COVID-19 pandemic. (Photo by Drew Angerer/Getty Images)

The timing of Dr. Anthony Fauci’s planned resignation in December has raised questions around plans to investigate Fauci under a Republican congress in the fall.

Having served 54 years in government – 38 of those as Director of National Institute of Health – Biden’s Chief Medical Advisor Dr. Anthony Fauci announced Monday he would he resigning from his post in December.

The 81 year old stated he would be pursuing the “next chapter” in his career.

“As he leaves his position in the U.S. government, I know the American people and the entire world will continue to benefit from Dr. Fauci’s expertise in whatever he does next. Whether you’ve met him personally or not, he has touched all Americans’ lives with his work,”

The timing of Fauci’s announcement has been tied by his critics to fears over a red wave midterm that would deliver to Congress an army of Republicans whose constituents have long called for an investigation into Dr. Fauci’s conduct and handling of the pandemic.

Fauci has been accused of lying before Congress when he denied providing funding to the Wuhan Lab in China. Republican calls to investigate Fauci have fallen in n deaf ears in the Democrat controlled Congress.

Fauci’s resignation will not prevent a full-throated investigation into the origins of the pandemic. He will be asked to testify under oath regarding any discussions he participated in concerning the lab leak.

Fauci’s resignation will not prevent a full-throated investigation into the origins of the pandemic. He will be asked to testify under oath regarding any discussions he participated in concerning the lab leak.

Fauci leaves his post in the government as one of the highest paid employees in the US government with a salary of roughly over $400,000 a year by some estimates. A salary that surpasses that of the President, four-star generals, and almost 5 million of his colleagues in government.

And with Fauci’s resignation in December, he is expected to receive a pension exceeding $350,000 per year.