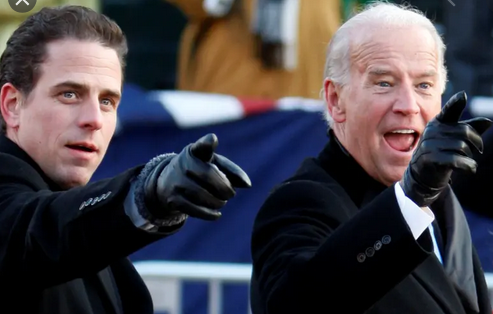 A source, who was on the email chain that outlined a scheme to give former Vice President Joe Biden a payout from a deal with a Chinese energy firm has confirmed the veracity of the email to Fox News.

TTN According to Fox News:

One email, dated May 13, 2017, and obtained by Fox News, includes a discussion of “remuneration packages” for six people in a business deal with a Chinese energy firm. The email appeared to identify Hunter Biden as “Chair / Vice Chair depending on agreement with CEFC,” in an apparent reference to now-bankrupt CEFC China Energy Co.

The email includes a note that “Hunter has some office expectations he will elaborate.” A proposed equity split references “20” for “H” and “10 held by H for the big guy?” with no further details. Fox News spoke to one of the people who was copied on the email, who confirmed its authenticity.

Sources told Fox News that “the big guy” is a reference to the former vice president. The New York Post initially published the emails and other controversial messages that Fox News has also obtained.

The Bidens’ relationship with Ukraine came under special attention last year as House Democrats pursued an impeachment inquiry surrounding President Trump’s now-infamous July 25 call with Ukraine’s president. In it, Trump asked President Volodymyr Zelensky to investigate the former vice president, who was suspected of abusing his authority to pressure the government into firing its top prosecutor.

The Biden campaign has pointed to investigations by the press and two GOP led Senate Committees which were unable to come up with any wrongdoing on behalf of Biden. However, a new investigation has arisen to see if the FBI was in possession of this damaging information during impeachment where the Dems were impeaching the sitting U.S. President, without evidence, for precisely what the evidence showed the Bidens were doing