South Korean officials are saying the U.S. is working ‘very actively’ in an effort to restart denuclearization talks with the Korean peninsula.

The adviser went on to say that a third summit will only be possible if substantial progress is made during talks with high-ranking officials.

“Only if talks between high-rank officials happen and lead to substantial progress, will the third North Korea-United States summit be possible,” stated Chung Eui-yong. “As you know, the North side has shown the year-end deadline — considering that position of the North Korean side, we are closely coordinating with the U.S. side.”

This comes after North Korean leader Kim Jong Un imposed a year-end deadline back in April for the U.S. to demonstrate flexibility on negotiations. North Korean officials said the deadline would be a mistake to ignore. 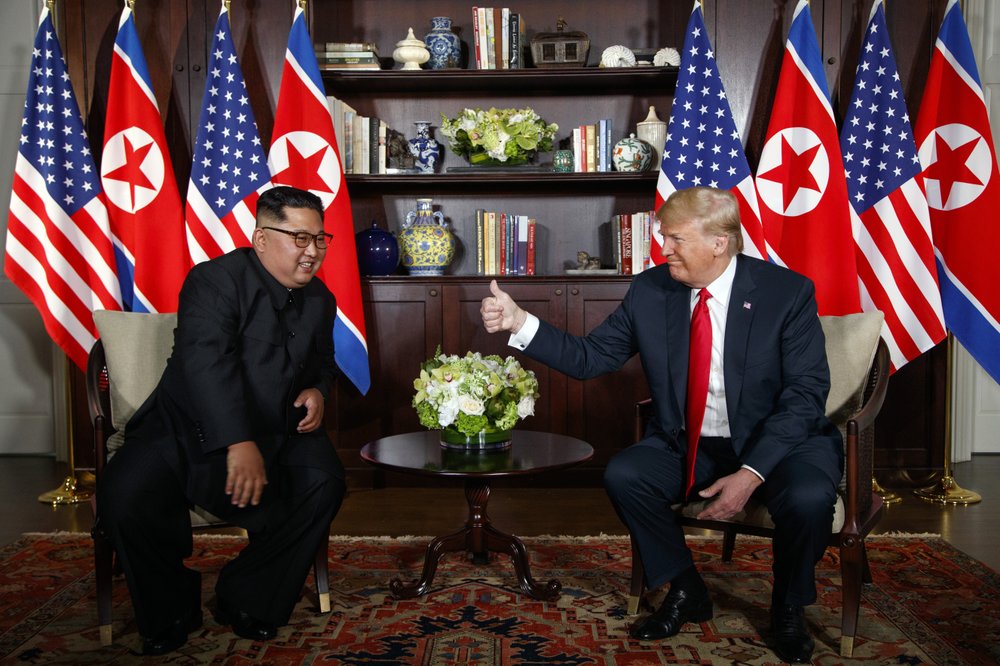 Just last week, North Korea fired two projectiles into its eastern sea. This was their 13th weapons test this year and the first since the Trump administration’s latest attempts to restart negotiations stalled.

Secretary of State Mike Pompeo has downplayed the launches, saying they were consistent with Pyongyang’s previous moves. He said progress has been “far too slow” and added he hopes to reach a good outcome in the months ahead.

“It has, for an awfully long time, told its people that those nuclear weapons were the thing that kept them secure,” stated Pompeo. “They now need to shift to the narrative, which is: those are the things that put them at risk.”

President Trump has met three times with Kim Jong Un in hopes of sealing a potentially historic denuclearization deal. He continues to express optimism about brokering an agreement.

“Kim Jong Un has been pretty straight with me, I think,” stated the president. “He likes testing missiles, but we never restricted short range missiles.”