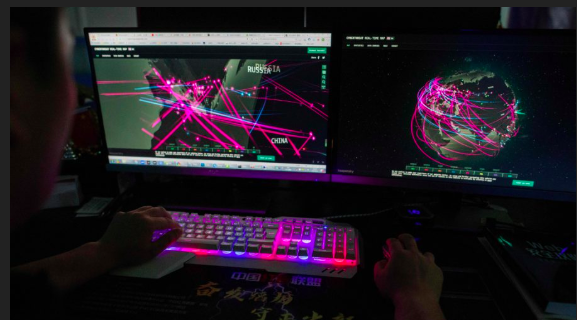 The State Department announced Thursday it will offer rewards up to $10 million for information leading to the identification of foreign actors who launch cyber attacks on critical infrastructure.

Tipsters will be able to contact the State Department’s Rewards for Justice (RFJ) program through a secure channel on the Tor browser, the department announced in a statement. The reward is only available for information leading to the identification of persons who target “critical infrastructure” and who are “acting at the direction or under the control of a foreign government,” according to the statement.

Targets other than critical infrastructure, and hackers unaffiliated with foreign governments, were not mentioned in the announcement.

The announcement comes as part of a larger effort by the White House to combat ransomware attacks, The Hill reported. President Joe Biden issued an executive order in May aimed at improving cybersecurity standards and increasing cooperation and communication between public and private actors.

Today the U.S. Government announced the launch of its interagency effort, https://t.co/Lip0FXghPj. #StopRansomware is a one-stop shop for #ransomware resources, incident reporting and more.

The Department of Homeland Security announced Wednesday it was joining with the Department of Justice to establish a “one-stop hub” for ransomware resources, StopRansomware.gov. The website aims to consolidate resources, information, and guidance from all federal agencies in one publicly-accessible location.

“I urge every organization across our country to use this new resource to learn how to protect themselves from ransomware and reduce their cybersecurity risk,” Secretary of Homeland Security Alejandro Mayorkas said in the announcement.

The Financial Crimes Enforcement Network (FinCEN), a bureau of the Treasury Department, announced Thursday it would convene a public-private partnership with financial institutions, industry stakeholders, and other government agencies to address ransomware threats in the financial sector.

“Since this extortion threatens our collective safety, it is critical that we collaboratively gather to confront this threat together and determine the best way to increase our collective resilience to these malicious attacks,” FinCEN acting director Michael Mosier said in the announcement.

A number of ransomware attacks have hit American businesses and infrastructure in the past few months.

Meat packer JBS paid out an $11 million ransom to hacking syndicate REvil in June, while ransomware gang DarkSide attacked the Colonial Pipeline in May. Software company Kaseya was the victim of a ransomware attack perpetrated by REvil earlier this month that affected up to 1,500 downstream businesses.

The State Department did not immediately respond to the Daily Caller News Foundation’s request for comment.