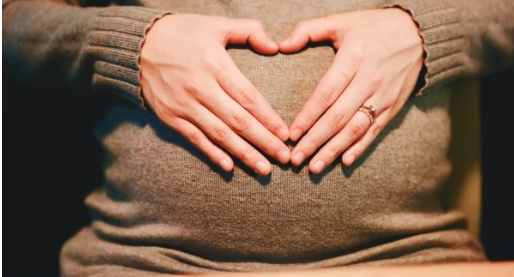 A petition has been filed that asks the full 2nd U.S. Circuit Court of Appeals to re-hear a dispute over counselors who offer help to abortion-bound women outside an abortionist’s business in New York.

The move comes after a panel of judges from the court went rogue, calling it a “physical obstruction” under the federal FACE Act, which requires access to abortion businesses, when a counselor hands out a leaflet.

Or when a patient must “deviate slightly from their path” and is delayed by “one second” in going into the abortion business.

Or when a patient must “walk around” a counselor.

Or when a driver stops his or her car voluntarily, and rolls down a window to communicate, and is handed a leaflet.

And when there is any “even minor, inadvertent contact with a patient or ‘escort,'” the court said, that would be “use of force.”

“A person commits ‘harassment’ under a local ordinance if she continues speaking, even for a moment, with a person who has indicated even implicitly that he or she does not welcome the message. The court decided that such an implicit indication has occurred where a person remains silent or declines to receive printed information,” a legal team at the Thomas More Society explained.

A federal lawsuit was brought against Griepp and nine members of his congregation in June 2017, and accused them of harassing abortion-bound women outside of the Choices Medical Clinic abortion facility in Jamaica, Queens.

That came after the attorney general’s lengthy targeted surveillance campaign “produced no evidence that they violated the law,” the legal team said.

But Schneiderman labeled their speech “harassment” and asked the court to declare it to be “obstruction” under the Federal Freedom of Access to Clinic Entrances Act, the team said.

“The FACE Act specifically exempts constitutionally protected advocacy from its prohibitions,” explained Thomas More Society Senior Counsel Stephen Crampton. “We argued that almost the entirety of the attorney general’s case consisted in prosecution for just such protected expressive activity. The district court agreed, rejected the credibility of the state’s witnesses, the merits of the state’s arguments, and the request for the injunction itself.”

After a sexual abuse scandal forced Schneiderman out of office, his successors, first Barbara Underwood, and then Letitia James, continued to persecute the pro-life activists, the legal team said.

The lengthy trial was “marked by notorious moments. The owner of the Queens abortion facility – one of the biggest and oldest in the country — called pro-life advocates the ‘American Taliban.’ A prosecution witness falsely accused the church members of violence, but her testimony was later shown to have been lifted from an article about the actions of other people at a different abortion clinic several years earlier,” the legal team said.

In a 2018 decision, U.S. District Judge Carol Bagley Amon of the Eastern District of New York, denied the state’s request for a preliminary injunction in People v. Griepp et al.

But then this year, the appeals court reversed, adopting the radical pro-abortion agenda presented by the state earlier.

Crampton explained that if the attempt to completely silence the pro-life advocates is successful, the abortion industry will be filing similar cases across the nation.