Surgeon general: US to ‘monitor’ whether vaccine exemptions being used properly 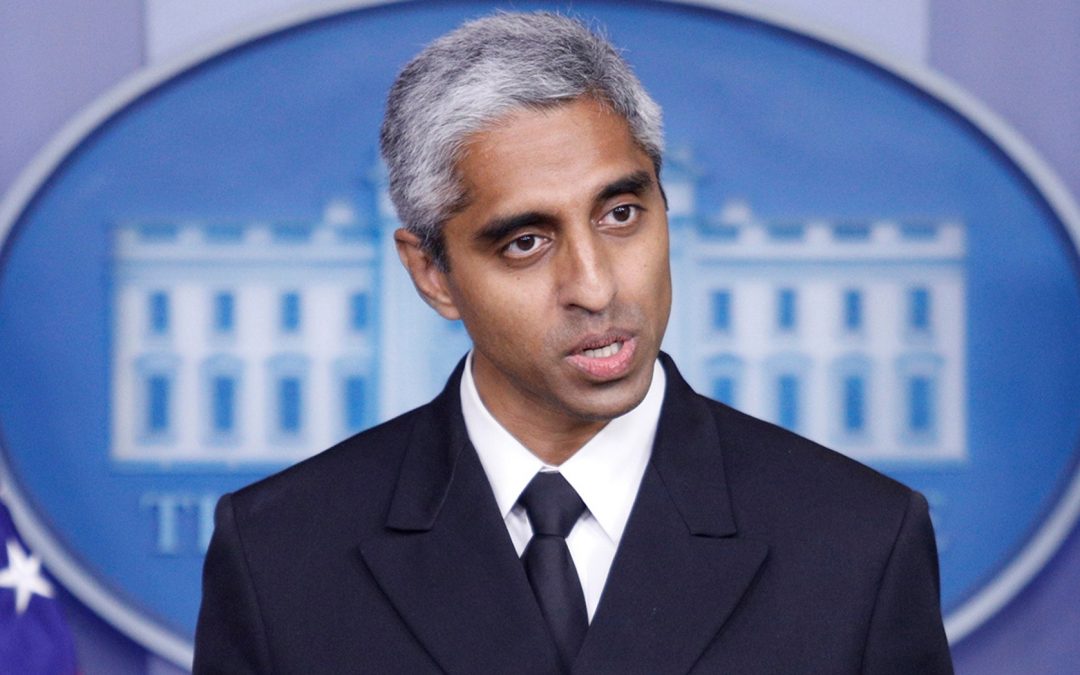 Good morning and welcome to Fox News First. Here’s what you need to know as you start your day …

Surgeon general: US to ‘monitor’ whether vaccine exemptions being used properly
U.S. Surgeon General Dr. Vivek Murthy has advised that the Biden administration will “monitor” to ensure no one abuses COVID-19 vaccine exemptions.

President Biden last week announced a mandate that required any company with at least 100 employees to mandate its workforce. The only way to avoid the mandate is to claim an exemption on either religious or medical grounds.

Some critics argue that the exemptions allow for simple abuse, but Murthy insists the administration will ensure that does not happen.

“Unfortunately, as a country, we have experience in dealing with exemptions, but we’ve got to be vigilant there and make sure that people are using them, you know, in the spirit that they’re intended and not abusing them or asking for exemptions when they don’t apply,” Murthy told CNN’s “State of the Union.” “That’s an area that we continue to monitor in the days and weeks ahead.”

Biden’s vaccine mandate has met immediate opposition from Republican governors, who made clear that they plan to oppose the mandate with legal action if necessary after claiming the mandate was “unconstitutional.”

“The American Dream has turned into a nightmare under President Biden and the radical Democrats,” Republican South Carolina Gov. Henry McMaster said on Twitter in response to the mandate. “They have declared war against capitalism, thumbed their noses at the Constitution, and empowered our enemies abroad.”

The new mandate would affect about 80 million Americans, with about 17 million workers at health facilities also required to get vaccinated. CLICK HERE FOR MORE ON OUR TOP STORY.

Speaking with host Sharyl Attkisson during an interview that aired Sunday on “Full Measure,” Trump excoriated the withdrawal as “incompetent” and warned it will likely endanger the United States and benefit its enemies.

Trump also expressed doubt regarding whether the war in Afghanistan is over, noting how many unvetted Afghan refugees are being resettled in the United States and around the world.

“I don’t know because you have people going all over the world and being dropped all over the world right now, and nobody knows who the hell they are, Sharyl,” Trump said. “These aren’t the interpreters that we took. These were people that rushed into the planes, and they were so interested in trying to make it sound like ‘Oh, they’re doing a good job.’ These people, many of these people are going to be terrorists. Okay? They’re going to be terrorists. They were very powerful. They were very energetic in getting onto the aircraft.”

Trump went on to suggest the nation’s adversaries are already taking advantage of the stockpile of weapons, armored vehicles, and aircraft that left U.S. forces left behind.

“Now I’m saying, ‘How can they take this equipment?’ And I guarantee that China and Russia already have our Apache helicopters and they’re taking them apart to find out exactly how they’re made. They’re the best in the world by far. And they’re taking them apart so they can make the exact same equipment. They’re very good at that. It’s a disgrace.” CLICK HERE FOR MORE.

“They want to hear that the more we micro label each other, the better we’ll be,” McGowan said during a Sunday press conference. “The reality is, today, I challenge this state, I challenge these voters, I challenge the media, to back up. Be human first, vote for humanity.”

The comments came during a press conference the actress held with Elder, who leads the pack among candidates to become the next governor of California if current Gov. Gavin Newsom is removed from office in the state’s recall election on Tuesday.

McGowan appeared alongside the Republican candidate after accusing Newsom’s wife Jennifer Siebel Newsom of attempting to persuade her not to go public with her allegations against Harvey Weinstein.

“So this woman, I don’t know, some blonde lady name with the last name of the Newsom, cold-calls me, and was like, David Boies wants to know what it would take to make you happy,’ McGowan said during an appearance on the Rubin Report.

McGowan declared at the event Sunday that she was no longer a Democrat. She also said that despite having some different policy views than Elder, she believed he was “the better candidate and the better man.” CLICK HERE FOR MORE.

Mark Levin argued Sunday on “Life, Liberty & Levin” that the president’s vaccine mandate is an affront to “your personal liberties” and represents a troubling nod towards a tyrannical government.

“This is tyranny, and it is getting more aggressive,” the host said. “Joe Biden gave a speech the other day, he always walks off, he never takes questions, like he is some kind of a dictator. He is the closest thing we have to a dictator yet.”

Not signed up yet for Fox News First? Click here to find out what you’re missing.

Fox News First was compiled by Fox News’ David Aaro. Thank you for making us your first choice in the morning! We’ll see you in your inbox first thing Tuesday.