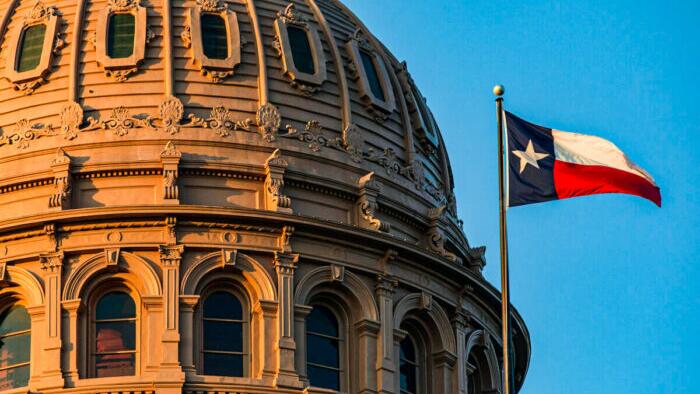 Authored by Jana Pruett via The Epoch Times,

More than a dozen bars in Texas will soon be stocked with naloxone and bartenders will be trained as “first responders” to administer the medication that can reverse an opioid overdose, Travis County Judge Andy Brown announced on Monday.

“Today, I’m excited to share how we are taking life-saving steps that are more inclusive and meet people where they are,” Brown said during a press conference at the Star Bar in Austin. The event was live-streamed on KVUE News.

The initiative is part of the county’s strategy to reduce accidental overdose deaths.

“Travis County is working with nonprofits here and local nonprofits to provide bars and bartenders with Narcan, plus the training that is required to use it,” he continued. Narcan is one of the brand names under which naloxone is sold.

Overdoses are the No. 1 cause of accidental death in the county. Fentanyl-related deaths were up 237 percent from 2020 to 2021, according to the Travis County Medical Examiner Annual Report 2021 (pdf).

“In all of last year, we had 118 people who died in Travis County with fentanyl in their system. In the first six months, so just the first half of this year of 2022, we have matched that,” Brown told reporters.

“So, we’re on track basically to double that number of overdose and fentanyl deaths this year.”

In May, the Commissioners Court declared overdoses to be a public health crisis after data from the medical examiner’s report showed 308 overdose deaths from all drugs last year.

The declaration allowed the county to set aside $350,000 for overdose prevention efforts, KVUE reported. An additional $150,000 will be used to increase the availability of naloxone.

On Tuesday, the Commissioners Court will vote on a contract to create a partnership with community members as part of its plan to get Narcan into bars and other nightlife venues and provide peer-based support for those seeking help for addiction.

The county started purchasing boxes of Narcan after the public crisis was declared.

SafeHaven Harm Reduction, a local nonprofit, recently received 90 boxes of the medicine with plans to distribute it among 13 Austin bars.

Christie Mokry, executive director at SafeHaven, said the group would be working with Austin bar owners “to train the bar staff to be first responders.”

“And so the cool thing about what we’re doing is, other organizations are giving this specifically to people who use drugs or may be impacted and what we’re doing is enabling our community members to be first responders,” Mokry continued.

Travis County District Attorney Jose Garza was also on hand at the event, urging community members to call 911 if they witness someone who is overdosing.

“What we hope everyone understands is that everyone is capable of saving a life. If you have the training, if you have the tools you need, you can help keep our community safe,” he said.

“I want to be clear that if you call 911 because you see someone experiencing an overdose, you will not be prosecuted here in Travis County. We need everyone to stay safe and stay alive, and we need your help to do that.”

Brown said Travis County would also be introducing a “Week of Action” to increase awareness and decrease overdoses.

The county provided additional data for fentanyl-related deaths in the first six months of 2022 compared to 2021:

“The data is clear, fentanyl does not discriminate,” Brown added. “It can impact, and it is impacting, all of us.”