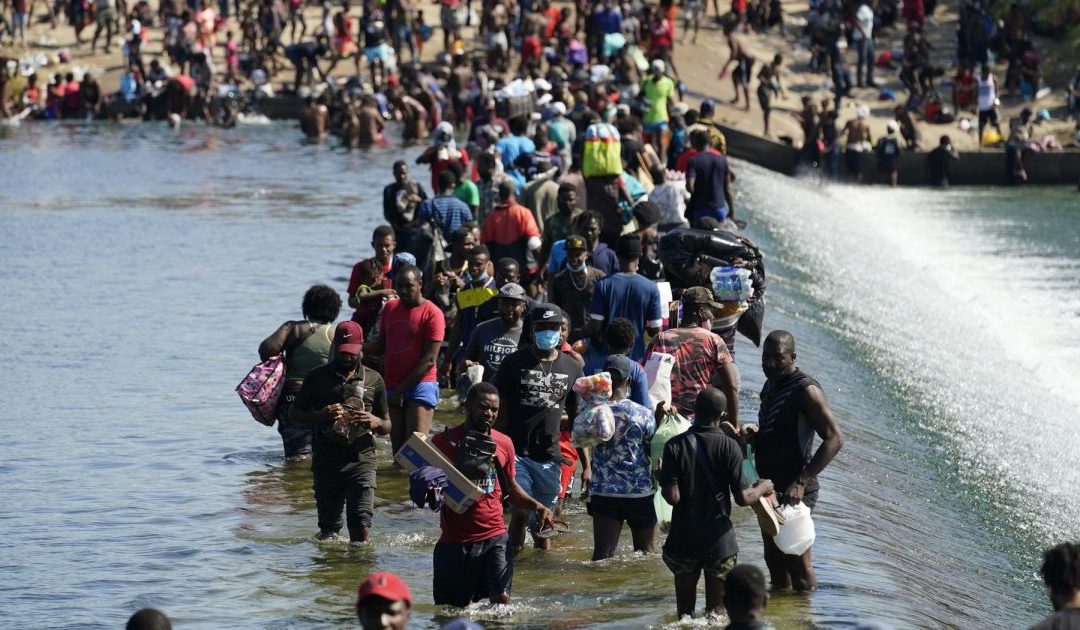 Haitian migrants use a dam to cross to and from the United States from Mexico, Friday, Sept. 17, 2021, in Del Rio, Texas. (AP Photo/Eric Gay)

Law enforcement officers and top officials in Texas spoke about the ongoing border crisis. In a press briefing on Tuesday, Attorney General Ken Paxton touched on the numerous lawsuits filed against the Biden administration in regards to their open border policies.

Texas public safety officials mentioned with Operation Lone Star, more than 1,000 Department of Public Security forces were deployed to the state’s border to help assist in arresting illegal immigrants. In addition, Paxton called on the administration to stop ignoring court orders and allowing massive immigration in the country.

“The only people benefiting right now are the cartels and they are benefitting in a big way. We are fighting the cartels as it relates to drugs and human trafficking and we’re not going to put up with it in Texas. It doesn’t matter what party, doesn’t matter what background, we’re hear to fight that and my office is going to continue to make that fight. We will not stop. We will fight them until they get this right because it impacts lives of everyday citizens not just in Texas, but all over the nation.”

Meanwhile, Texas Gov. Greg Abbott said preparations were being made for the state’s border wall, including strategic fencing and barriers to halt illegal border crossings.