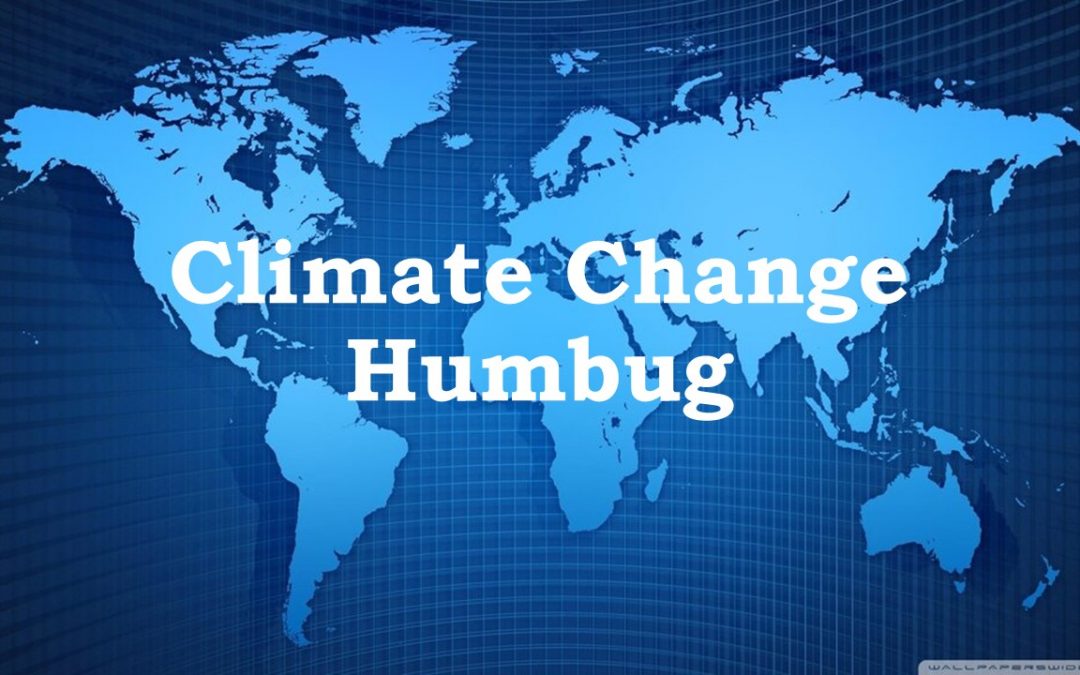 The Left is hard at work promoting the climate change humbug. This article crushes the lies and reveals the truth behind the fib of a 97% consensus among scientists. Much of what follows comes from Marc Morano’s amazing research on the subject. His research is detailed in a book that should be required reading for all Americans, The Politically Incorrect Guide to Climate Change.

With Big Tech dictating what Americans can read or which results can be retrieved from internet search engines, it has become increasingly difficult to uncover the lies behind climate change. It takes a little more effort but it can nevertheless be uncovered, and Morano’s book illuminates the way.

Americans have been conditioned to feel guilty when they go to a home improvement store to buy wood because this is enabling deforestation and the killing of the planet. Greenpeace founder, Patrick Moore, notes, “When you go into a lumber yard, you are given the impression that by buying wood you are causing the forest to be lost, when in fact what you are doing is sending a signal into the market to plant more trees.” Morano notes that Moore left Greenpeace in 1986 because “it had become too radical.”

Nevertheless, the Left’s Climate Change agenda will have an impact on nearly every aspect of our lives. This includes items we can buy, the size of our homes and vehicles, the way we heat and cool our homes or propel our vehicles, the food we eat, how many children we can have, jobs, prices, our national sovereignty, population reduction, and many other factors, notes Morano.

In 1974, Walter Orr Roberts wrote, “There is mounting evidence that the bad climate of 1972 may
be the forerunner of a long series of less favorable agricultural crop years that lie ahead
for most world societies.” He added, “Food shortages threaten just at the same time
that world populations are growing to new highs.” Roberts then concludes, “The Earth may have entered a new “little ice age”.” Roberts is the founder of the National Center for Atmospheric Research (NCAR), notes Morano.

The New York Times published an article on February 23, 1969, under the science section titled, “Worrying about a New Ice Age”. On January 5, 1978, the same newspaper published another article claiming, “International Team of Specialists Finds No End in Sight to 30‐Year Cooling Trend in Northern Hemisphere.”

When none of the ice age cooling predictions came true, the Left’s lies and denials switched to global warming doom. Morano notes, “Nineteen eighty-eight is the year when global warming dawned on the world’s consciousness.” He adds this was the year the United Nations’ (UN) Intergovernmental Panel on Climate Change (IPCC) was formed. Morano claims the IPCC’s task was to “examine how CO2 and other greenhouse gases impact the climate.” He adds, “It had every incentive to declare a ‘crisis’ because the UN was also going to be in charge of coming up with a ‘solution’.” With the UN involved in climate change, notes Morano, there would be “only one acceptable view on the subject–that a man-made climate crisis was at hand.”

1988 was also the year when James Hansen, a NASA scientist, gave a “dramatic testimony to Congress about the urgency of global warming,” notes Morano. In 1992, Al Gore claimed, “Only an insignificant fraction of scientists deny the global warming crisis. The time for debate is over. The science is settled,” notes author Jay Richards.

With the ice age and global warming humbug going bust, the Left now uses the neutral climate change label, which can encompass any change in climate ad infinitum. The Washington Times notes that, Obama’s 97% of scientists that agree on climate change, include “climate ‘deniers’.”

Morano writes that Philip Stott, a scientist from the UK, contends that consensus in science is actually “harmful to science.” Stott explains, “Science does not function by consensus and most certainly not by politically driven consensus. In fact, the history of consensus in science is terrible from Galileo right the way through the beginning of the 20th century when 95% of scientists, for goodness sake, believed in eugenics. Science has to by its very nature be skeptical.”

Richard Lindzen, a climate scientist from MIT, notes Morano, “ripped the consensus claims as being a ‘propaganda’ tool to help fund scientists.” The Guardian reported that the IPCC gets nearly 500 people to sign off on the wording of every report they publish, Morano writes. Of these 500 people, 66 are “expert authors, 271 officials from 115 countries, and 57 observers.” This alleged “scientific” process has “scientists outnumbered by bureaucrats.”

John McLean, a UN IPCC expert reviewer asserts, “The reality is that the UN IPCC is in effect little more than a UN-sponsored lobby group, created specifically to investigate and push the ‘man-made warming’ line.” MIT’s Richard Lindzen has claimed there is a “psychological need” for the claim of a 97% consensus among scientists, notes Morano. Lindzen writes, “The claim is meant to satisfy the non-expert that he or she has no need to understand the science. Mere agreement with the 97 percent will indicate that one is a supporter of science and superior to anyone denying disaster.”

Morano writes that the 97% consensus claim has roots in a study by Australian researcher John Cook, “who analyzed the abstracts of 11,944 peer-reviewed papers on climate change published between 1991 and 2011.” Cook determined the position these papers took on the matter of climate change and claimed 97.1% of them “endorsed the consensus position that humans are causing global warming.”

From there on out, the 97% claim went viral. Morano notes this happened “despite the fact that 66.4 percent of the studies’ abstracts ‘expressed no position on [global warming] at all.” Richard Tol, a professor of economics at Sussex, and professor of economics of climate change at Vrije Universiteit Amsterdam, notes, “This 97% is essentially pulled from thin air, it is not based on any credible research whatsoever.”

Christopher Monckton, a former advisor to Margaret Thatcher, notes Morano, “examined the 97% claim.” Monckton noted that only 41 papers actually expressed an opinion on climate change (0.3% of the 11,944), and endorsed the claim that “global warming was anthropogenic.” Monckton notes, “They had themselves only marked 64 out of the 11,944 of the papers as representing that view of the consensus, and that is not 97% that’s 0.5%… There is no consensus.” Monckton concludes that the claim is “fiction.”

Notwithstanding the fictional roots of the 97% scientific consensus on climate change, totalitarian governments, including the American Left, continue to push for a great reset that would transform free countries into serfdoms, claiming it is for our own good. The experts, they say, know what’s good for us better than we do. They are saving us for ourselves. It is past time we recognize the ploy and act accordingly. Liberty, and all we hold dear is in jeopardy.