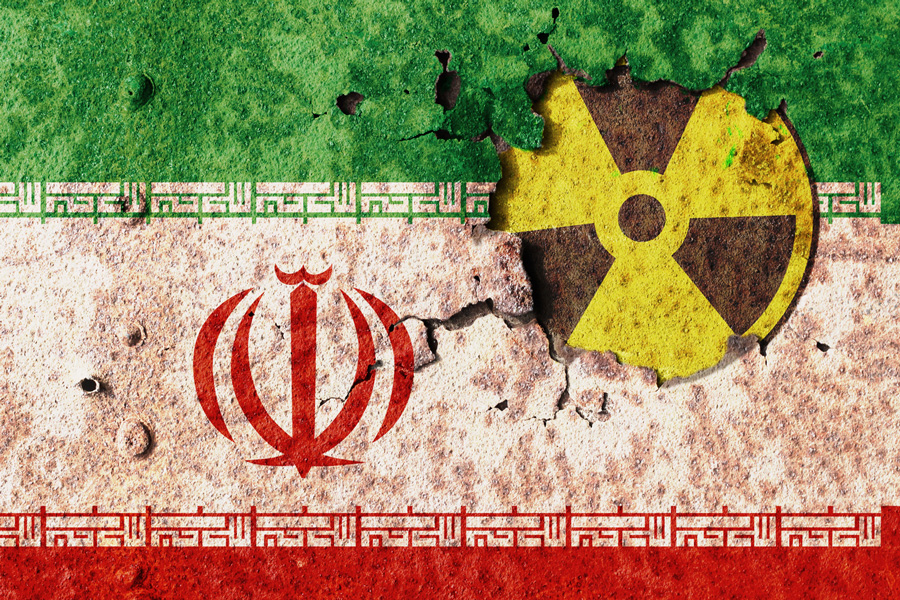 Iran is acquiring nuclear weapons — rapidly — with a deal or without one. Any “deal” appears simply a bribe to the Iranian regime please just not to use their nuclear weapons on the Biden administration’s watch. (Image source: iStock)

The Biden administration is sitting idly by as the Iranian regime ratchets up, and keeps getting away with, both its attacks on its own fed-up populace, and its delivery of weapons to Russia — assisted, it seems, by China and North Korea.

In spite of US Special Envoy for Iran Robert Malley’s recently having said that the White House is not going to “waste our time” on the nuclear deal “if nothing’s going to happen,” he nevertheless stressed that the Biden administration is still committed to employing diplomacy, presumably to revive it at a later date.

Some other officials such as the US House of Representatives Speaker Nancy Pelosi appear to be still in favor of reviving the nuclear deal. She said on October 25, 2022 that the United States has been “trying for a while now to have a nuclear agreement with Iran so that we can make the world a safer place.”

Pelosi might also recall that the nuclear deal will reward Russia by allowing it to cash in on a $10 billion contract to expand Iran’s nuclear infrastructure. Russian President Vladimir Putin will most likely have a stake in the $10 billion contract.

Pelosi might even further recall that it was the nuclear deal that allowed the brutal regime of Iran freely and legally to export weapons to Russia, in the first place.

To clarify: among the many concessions that the Obama-Biden administration gave to the ruling mullahs of Iran, was one setting a date , October 18, 2020, when the arms embargo on Iran would be lifted. The Obama administration agreed to add this provision. Before that, the arms embargo on Iran had encompassed a wide range of weapons, including large-caliber artillery, drones, combat aircraft, battle tanks, armored combat vehicles, attack helicopters, some missiles and missile launchers, and warships.

This dangerous provision in the Obama-Biden administration’s nuclear deal remains mind-boggling. Some Democrats and Republicans were, in fact, stunned by the move. “It blows my mind that the administration would agree to lift the arms and missile bans,” John Boehner then speaker of the US House of Representatives said out at the time. Senator Ben Cardin, the then leading Democrat on the Senate Foreign Relations Committee, echoed the message: “It’s hard for us to accept it, so we just want to take a look at it,” he said.

On June 30, 2020, then US Secretary of State Michael Pompeo urged the United Nations Security Council to extend the arms embargo on Iran, saying:

“Don’t just take it from me or the United States. listen to countries in the region, from Israel, the Gulf, countries in the Middle East who are most exposed to Iran’s predations are speaking with a single voice: extend the arms embargo”.

The Security Council, was, unsurprisingly, reluctant to do so, and Iran’s ruling mullahs celebrated their reward from the nuclear deal as the arms embargo against the Islamic Republic was lifted on October 18, 2020.

Pelosi, who thinks that the new nuclear deal with Iran will “make the world a safer place,” is most likely aware that the Biden administration is permitting Russia to be the sole country to oversee compliance with the nuclear deal, and to keep Iran’s highly enriched uranium — able to return it to Iran if the mullahs request it, or perhaps use it fungibly with its own uranium stockpile.

In fact, this provision triggered 50 bipartisan US lawmakers to write to Biden:

“[W]e strongly urge your Administration not to permit Russia to be the recipient of Iran’s enriched uranium nor to have the right to conduct nuclear work with the Islamic Republic, including a $10 billion contract to expand Iran’s nuclear infrastructure. We should not let war criminal Vladimir Putin be the guarantor of the deal or the keeper of massive amounts of Iran’s enriched uranium. Iran supports the illegal war in Ukraine and has been supplying Russia with drones used to kill Ukrainians.”

Any nuclear deal with Iran will not make the world a “safer place”. It will provide the Iranian regime with billions of dollars, help it to send more advanced weaponry to Russia to inflict even more damage on Ukrainians, pave the way for the ruling mullahs to legally obtain nuclear weapons, and strengthen America’s other adversaries, Russia, China and North Korea.

Now, why would the Biden administration want to do that?

Dr. Majid Rafizadeh is a business strategist and advisor, Harvard-educated scholar, political scientist, board member of Harvard International Review, and president of the International American Council on the Middle East. He has authored several books on Islam and US Foreign Policy.