The Great Resignation Is A Boost For The American Working Class 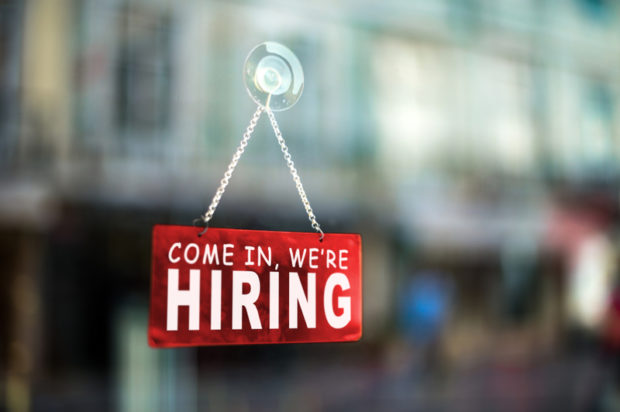 The latest Job Openings and Labor Turnover Survey (JOLTS) revealed that a startling 4.5 million workers resigned from their jobs during the month of November, an all-time record high. Some of the sectors hardest hit by this wave of resignations were restaurants and hospitality, healthcare and social assistance, and retail.

Meanwhile, a number of industries reported some very small gains, despite record levels of resignations. Among these industries were professional and business services, transportation and warehousing, and construction and manufacturing.

This wave of quitting is in fact the culmination of a months-long trend, one that isn’t likely to end very quickly. The trend indicates that workers have been growing dissatisfied with their work conditions on a number of fronts. Many workers are seeking higher wages and shorter hours, escaping a work culture that has been characterized by overtime and burnout.

Some have also speculated that the pandemic has made work environments increasingly intolerable, so that workers are beginning to seek remote opportunities — which have also increased thanks to the pandemic. Remote options come with the benefit of flexibility and free time, which workers are eager to spend looking after their own mental and physical health, as well as spend with family and see to childcare needs at home.

The consequences of these labor shortages are particularly interesting from the standpoint of class dynamics. As a result of the tightest labor market ever, workers have gained what is effectively a form of higher bargaining power against employers, who are now pressured to compete for workers by raising wages, improving employment benefits, and lowering requirements for employment.

Such pro-worker policies have proven to be a great business decision for some companies. But it indicates that workers at large are starting to have a greater say in setting the terms of their employment.

Among the many reasons cited for quitting a job, the following appear frequently: lack of family time and time for child care, low wages and long work hours, and tense work environments, which have only been aggravated by the pandemic.

Many workers are seeking to leave the labor force entirely, particularly women who decided they would rather devote their time to the demands of motherhood than to the demands of low-paid labor. Others are seeking better jobs that pay higher wages, offer more flexible hours and free time, and happier work environments — which often, though not always, means working from home.

From the standpoint of businesses, this labor shortage constitutes something like a crisis for a number of industries, such as restaurants and hotels. Businesses that are not able to retain workers or hire new ones are liable to fail, as workers find better jobs in higher paying and more flexible industries. Depending on the industry, this could affect small businesses in particular, who often do not have the resources or the capital from which large businesses are able to draw in order to pay higher wages.

But for workers, and perhaps from a broader perspective than typical neoclassical economics would allow, this may be a positive development, as long as it produces the right response from businesses and government. Such a large wave of resignations functions rather like a strike, but on an economy-wide level. It signals the increase of working class power (albeit a still disorganized type of power), and it heralds the potential reorganization of the economy along lines that would support a living wage and more free time for the average worker.

Moreover, from this point of view, the phasing out of businesses that pay low wages and offer poor benefits and poor working conditions may simply be a good riddance. Under the pressure of greater bargaining power from labor, the economy all by itself may begin to sort out which businesses are truly essential and which are superfluous.

The important question is whether such an economic reorganization is sustainable on the level of the whole economy, and what it would need to look like in order to be sustained. What kind of policies and investment practices would need to be implemented?

One problem to consider is that a labor shortage will induce rising wages in an economy that is already subject to certain inflationary pressures. For some economists, this is the last thing we need. On such an analysis, current inflation levels are attributable solely to excess demand, when in fact this is only half the picture: excess demand will cause inflation in an economy that suffers from low levels of domestic investment in production — that is, an economy where supply does not increase in proportion to demand.

Given the fragility of global supply chains, in evidence especially since the onset of the pandemic, combined with long stagnant rates of domestic investment, it is no surprise that rising demand (in the form of either government stimulus checks or rising wages) will exert some inflationary pressure. But this is to be blamed not on rising wages themselves, but on the gaping holes that remain in the U.S.’ domestic levels of productivity.

From this perspective, it is quite possible to mitigate the inflationary effects of high wages by increasing productivity levels. One may even hope that the confluence of factors currently giving rise to inflation, including both labor shortages and supply chain bottlenecks, will actually induce American companies to pursue the right solutions, perhaps aided by a government-led industrial policy.

Those solutions should include, first and foremost, the reshoring of America’s manufacturing, and the ramping-up of America’s investment in the domestic production of consumer goods.

This would be the best way to meet the demands of workers: it would sustain the increase of wages, and it would support the ability of workers to have more free time and flexibility — in short, a higher quality of life. At the same time, it would also be the best way to counteract the risks of inflation, not simply by controlling the money supply but by increasing the supply of goods to American consumers — that is, reducing scarcity.

Increasing America’s productive investment will simultaneously tackle supply and demand, thereby circumventing the inflationary pressures that would arise from either supply-side shortages or demand-side excesses.

A high level of productivity is also key to sustaining a society where workers can not only receive a living wage, but also enjoy the benefits of a proper work-life balance. As mentioned above, workers are seeking better jobs that allow them either more free time or more flexibility, so that they can spend more time at home with family or in the pursuit of other leisure activities.

As long as workers continue this trend, American companies will soon be forced to invest more in America’s productive capacity, in order to support the higher quality of life that workers are beginning to demand for themselves simply by not returning to work.

In fact, lawmakers in Congress have already begun to push this idea, in a bill introduced in July that would seek to reduce the workweek from 40 to 32 hours, while “[prioritizing] productivity, fair pay, and an improved quality of life for workers across the country.”

Some countries in Northern Europe have already figured this out, particularly nations with a strong history of Social Democratic governance. In Norway, for instance, workers enjoy one of the shortest workweeks in the world, yet by many measures they also maintain a higher level of productivity than most countries in the world, including the U.S.

In addition to a number of cultural factors having to do with work ethic and work environments, this may be due to the fact that Norway has a higher rate of capital investment as a percentage of GDP than the U.S. currently enjoys.

Arguably, it is precisely because Norway has figured out how to maintain high productivity that they are able to enjoy such a short work week, in which they are able to spend a large portion of their time in leisure. Norway also boasts one of the “happiest” workforces of any country.

Norway’s approach could offer a model to a worker-friendly policy program in the U.S. At a time when post-pandemic global supply chains are still fragile and workers are demanding better wages and better working conditions, now is the time to bring American production home and continue investing in productivity.

A higher productivity will support both higher wages and more flexible working hours, perhaps even making it possible to shorten the legal working day and improve the quality of life for the average worker.

By quitting their jobs en masse, America’s workers are demonstrating that they want to be paid better and to work less. Perhaps it is time that U.S. policymakers and corporate leaders begin to take these demands seriously.

Jonathan Culbreath is an independent writer and researcher living in Southern California.

The views and opinions expressed in this commentary are those of the author and do not reflect the official position of the Daily Caller News Foundation.