The Modern Political Left Threatens Our Entire System Of Government 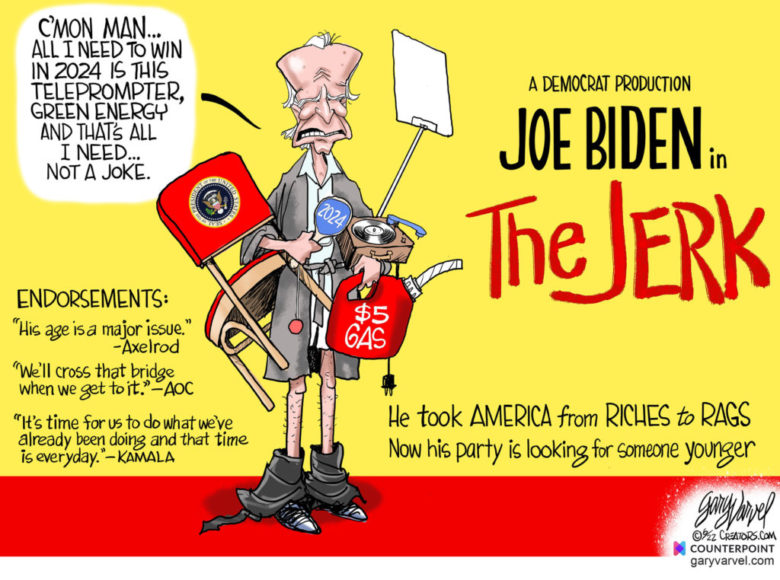 Equal rights under the law. Due process. A free, impartial press informing citizens of current events. Free and fair elections. These things are important for the proper operation of government in the United States, but the far-left press and the lying, cheating Democrats are undermining the whole experience of government as we‘ve always known it.

A Justice to the United States Supreme Court has been targeted by a murderer to eliminate him from the Court at a time when far-left political demonstrators are illegally protesting in front of the homes of this and several other conservative Supreme Court Justices, and CNN, MSNBC, NYT and WAPO, along with the other main stream usual suspects, after at least announcing the murder plot was in process, have remained completely silent on this horrible event, or in the case of the newspapers, they’ve relegated the stories to the back pages of their rags where the article will likely not ever be seen. If such an event as the threat to Kavanaugh had had a Democrat-appointed Justice as the subject, Fox News and other conservative news outlets would have been covering it in great detail, because it’s a matter of national importance concerning our legal process, and it should be known and talked about and abhorred by the entire populace. But since Republicans are depicted by the leftist news groups as being racist hate mongers, attacks against them don’t need to be denounced and discussed, or at least that’s what we can assume by the silence we‘ve witnessed following this event.

Similarly, when the Bernie Sanders supporter, James Hodgkinson, shot and nearly killed Republican House members at a baseball practice in Alexandria, Virginia, in June of 2017, there was not much coverage by the leftist press, and there was absolutely no demand of Bernie Sanders for an explanation about the radical nature of his leftist supporters and their willingness to shoot and kill their Republican opponents, nor was there any investigation into how Sanders’ supporters became so radicalized, and are there more such Democrat freaks planning attacks on Republicans.

Equally silent have been the leftist press on the discovery of the Hunter Biden laptop computer and the damning evidence it contains about the collusion of Joey Biden with China, and how corruptly old Joey might behave regarding national dealings between the U.S. and China. And of course there’s the invaluable political protection the silent press gave Biden as he campaigned from his basement for the presidency; if more people had known of the laptop, the Democrat candidate would have received many fewer votes in the 2020 election, so silence in the leftist press was critical to elect the preferred Democrat candidate.

But when a weekend killing spree in Chicago or a mass shooting occurs at a school in America, Republicans and the NRA are immediately blamed for the event, and the finger-pointing news reports continue for months following such shootings, detailing how culpable Republicans are, even though neither of the accused conservative groups have any involvement in the crimes.

Democrats are the party of violence because they are the party of the left, and leftists always want radical change in order to protect their political power, and since most citizens have investments in the status quo, they must be forced to into accepting the change that the left wants, and that brings us full circle back to the violence needed to get people to accept the radical changes Democrats want. The problems America is facing today are very simple, and what the Democrats are doing to America is very evil.

Agree/Disagree with the author(s)? Let them know in the comments below and be heard by 10’s of thousands of CDN readers each day!