The Schools We Need For The New “Cognitive Economy” 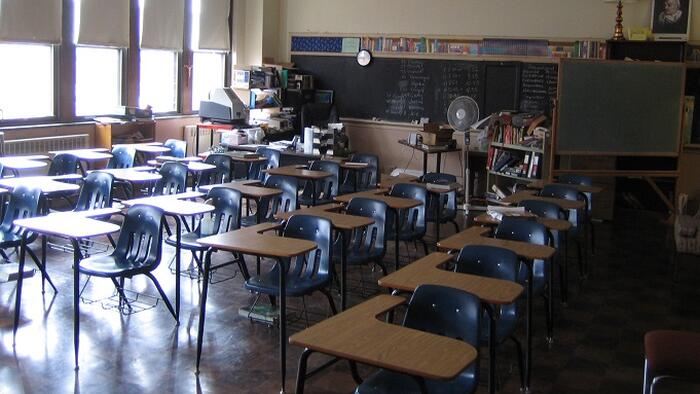 We are in the midst of a post-industrial revolution as profound and disruptive as the tectonic changes that launched the West’s rise to prosperity, providing ordinary people with a cornucopia of goods and services. The latest economic revolution – built on tiny computer chips, enormous data, and ubiquitous connectivity – differs from its predecessors in at least one crucial way. Unlike the first revolution (cotton spinning) and the second (heavy industry, from oil and steel to autos), this one relies on a highly educated work force. The least skilled are being displaced by smart machines, which are built and programmed by a skilled and adaptive workforce.

This rapidly changing environment might be called a “cognitive economy.” It requires workers who are not only literate but numerate. That means effective training in math and science and the skills to continue that learning over a lifetime. In the United States, we simply don’t have the schools to meet those needs.

Our failing public education system doesn’t prepare enough students for this cognitive economy, whether the jobs involve writing code, analyzing data, developing artificial intelligence, or operating sophisticated machines. In city after city, our public schools are consigning most students – the ones who don’t get into selective, magnet schools – to the scrap heap of this job market. Soon, the only way to support them will be never-ending transfer payments. If students from the least-advantaged households are to grasp the American Dream, if our economy is to lead this global transformation, then these dismal results have to change.

Bad schools are not solely responsible for students’ shortcomings. Their families and neighborhoods share the blame. Too many children are raised by single parents, who are poorly educated themselves. They live in neighborhoods where violence is pervasive, nutrition is spotty, and educational achievement is mocked. They enter school with serious deficits. All too often, they leave the same way.

Instead of compensating for these deficits, our public schools often compound them with unruly classrooms, low standards, and lousy instruction. Standardized testing shows just how bad the results are. In Illinois, for instance, only 1 in 5 students performs at grade level in either math or English. In Chicago, the results are even worse, and those for black students are worst of all. Among Chicago’s African American students, only 1 in 10 performs at grade level. These results would have been damaging 50 years ago. In today’s economy, they are devastating.

What can be done? The easy answer – more funding – is wrong. According to one study, Chicago spends $29,000 per student annually, which is not unusual for a big city. The problem is not how much we spend per student but how little we get for the money.

The obvious solution would be for our schools to imitate the most successful parts of our economy. Our economy – the richest in human history – has historically been premised on the belief that competition is good, monopolies are bad, and failing organizations should either adapt or pay the price. Where there is genuine competition, consumers will choose the best options, and businesses will strive to provide them – or go under. Public schools don’t face those incentives and don’t pay a price for their failure. The rest of us do, especially the ill-served students, who will pay a terrible price for the rest of their lives.

The best way to change this mess is to introduce competition and choice. Lots of it. That means letting school funding follow each student and letting families choose where to educate their children. For that to work well, state legislatures and local school districts must provide enough money to fully fund a student’s education. Otherwise, poor families are left out and richer ones will simply use the extra funds to top up their private tuition payments. It means students with special needs should be given extra funding.

Equally important, full funding is necessary to create a vibrant marketplace, where new schools (both non-profit and for-profit) compete for those dollars. That funding should be flexible enough to permit parents to spend some money for tutoring and online courses, such as language training or advanced math. They should be allowed to roll over their unspent money into next year’s tuition and, eventually, into community college or four-year universities.

The argument here is not that new schools or older parochial ones are inherently better. They may or may not be. The point is that competition forces all schools, public and private, old and new, to strive to improve so they can compete in the marketplace. It weeds out those that don’t provide what parents demand, just as competition killed off Yugo cars and Detroit’s old clunkers. Consumers turned to better-built Japanese cars and forced GM and Ford to improve – or go bankrupt.

Competition will do the same for schools. To survive and prosper, they will be forced to provide what parents demand, whether that is advanced math or after-school activities (for parents with 9-to-5 jobs). Some will seek competitive advantage by hiring the best teachers, paying them accordingly, and firing the worst. In short, a competitive market will force schools to innovate, improve, and adapt to what parents want for their children.

The biggest obstacle to these changes is obvious: the entrenched power of teachers unions and their leverage over politicians who control education policy. Political scientists have long known that concentrated, well-organized groups, like these public-sector unions, typically wield more power than diffuse groups, like parents. They know that highly motivated, single-issue constituencies, like these unions, typically wield more power than groups concerned with many issues, like all families.

The good news is that the pendulum is finally swinging toward parents, as school failures become painfully obvious and political candidates seize the issue, as Glenn Youngkin did so effectively in Virginia. Some states, like Florida, Wisconsin, and Arizona, have moved aggressively to increase school choice, both to please current voters and to attract young families. If these “laboratories of democracies” succeed, other states will follow. Let’s hope so, both for the students’ sake and the country’s growth.

Charles Lipson is the Peter B. Ritzma Professor of Political Science Emeritus at the University of Chicago, where he founded the Program on International Politics, Economics, and Security. He can be reached at charles.lipson@gmail.com.