The Unforgivable Request For Shamnesty 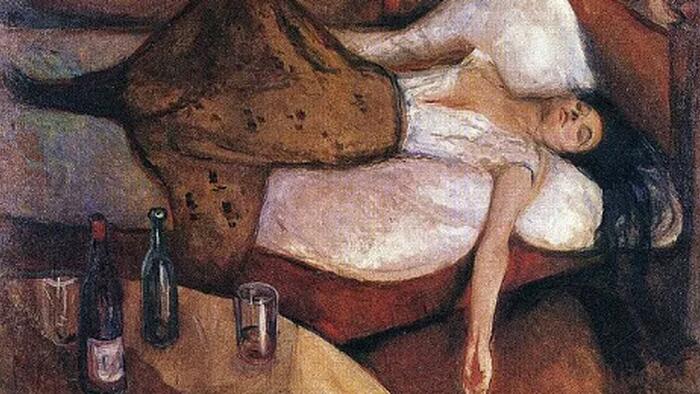 Authored by Thomas Buckley via ‘The Point’ Substack,

The morning after is never pleasant… and it shouldn’t be!

It’s about 11 a.m.  The brain activates but you’re not quite sure you can open your eyes.

You experience what Homer Simpson described as “that sweet couple of seconds before I remember why I’m sleeping on the lawn.”

You feel around and breathe a sigh of relief that you are still indoors, slowly open one eye, see your spouse glaring at you and it all floods back.  You had too much fun last night.

Thoughts race – how much did I…? it couldn’t have been that bad, could it…?  Oh wait, maybe there was that thing…was there?

You shut your eye while remaining extremely aware of your spouse’s foot tapping menacingly on the bedroom floor, trying desperately to immediately recall the previous evening’s proceedings.  At first, the part of your brain that evolved to ensure self-preservation kicks in and you momentarily convince yourself you were actually rather restrained…

– but then reality crashes in and you open your eyes again, look down, wonder how that stain got on your tie even before realizing that your wore it to bed,  You put on your most sheepish face, look up, say “Honey, I…” and are immediately cut off by the most disgusted and disappointed “I cannot believe you sometimes!” you have ever heard in your life.

The next few days are rough – you remain a bit too heavy-footed to properly slink around the house, you hunt for a can of soup because you know with absolute certainty your spouse is not going to be cooking anytime soon, you gobble Advil, and you wonder which is worse – the hangover or the nearly lethal tension hovering in the house.

After a day or so, you start to work your way back to normal – a bit.  You haven’t really done that before, mostly, you tell yourself it was just a party and – even though you admit to overdoing it – everyone was pretty well lubricated (you finally remember that really off-color joke your neighbor told and you know – you think – you didn’t say anything that bad,) and you vow – to yourself first and only after you have worked out the speech in your head – to your spouse that it will never happen again (even though you both know it very well could.)

And then – in an effort to get yourself completely off the hook for your bad behavior –  you write an article for The Atlantic entitled “Let’s Declare a Drunken Party Amnesty.”

And you have the self-satisfied gall of the recently repentant to think “well, that’s over and we should never discuss it ever again because that would be rude of you.”

That’s not how this works.

The actions taken by Dr. Emily Oster – who had the astonishing temerity to write the “Let’s Declare a Pandemic Amnesty” piece  and her many many over-credentialed, under-educated power mad brethren over the past 30 months cannot be given a pass.

What happened during the pandemic was obviously more than a one-off drunken party moment.  Having tee many martoonis does not compare to the whirlwind of destruction the COVID reaction caused.

Massive educational degradation.  Economic devastation, by both the lockdowns and now the continuing fiscal nightmare plaguing the nation caused by continuing federal over-reaction.  The critical damage to the development of children’s social skills through hyper-masking and fear-mongering.  The obliteration of the public’s trust in institutions due to their incompetence and deceitfulness during the pandemic.  The massive erosion of civil liberties.  The direct hardships caused by vaccination mandates, etc. under the false claim of helping one’s neighbor.  The explosion of the growth of Wall Street built on the destruction of Main Street.  The clear separation of society into two camps – those who could easily prosper during the pandemic and those whose lives were completely upended.  The demonization of anyone daring to ask even basic questions about the efficacy of the response, be it the vaccines themselves, the closure of public schools, the origin of the virus, or the absurdity of the useless public theater that made up much of the program.  The fissures created throughout society and the harm caused by guillotined relationships amongst family and friends.  The slanders and career chaos endured by prominent actual experts (see the Great Barrington Declaration) and just plain reasonable people like Jennifer Sey – https://nypost.com/2022/10/24/former-levis-top-exec-reveals-how-woke-mobs-took-over-corporations/ –  for daring to offer different approaches, approaches – such as focusing on the most vulnerable –  that had been tested and succeeded before.

And still a million people died.

And now Oster asks if everyone would just please move on and forget about it?

Oster kept her job.  Oster got famous.  The pandemic was good for Oster.

It was not good for people.

There are other aspects to consider when mulling over the request as well.

It cannot be forgotten that until this moment  – except for Fauci, due to his deadly bungling of the emergence of AIDS – 99 percent of the people who suddenly, like Oster, became experts and got to be on television and publicly worshiped and given real actual power for the first time in their lives were – outside of their narrow fields – utter nobodies.  Being the all-praised, almighty center of attention feels good and that is a feeling you will do anything to keep going.

Just the mind-warping act of asking for amnesty shows that nothing has been learned by Oster and her ilk and they will, if given the chance, do it all again exactly they way they did it this time.

Amnesty is pretending something never happened – this episode in our history must never be forgotten if we are to preserve our nation.

Amnesty will not – it cannot – be given.

And please do not ask again.

The Point is a reader-supported publication. To receive new posts and support my work, consider becoming a free or paid subscriber.