The Vaccination For Covid May Become The Death Of Covid Patients 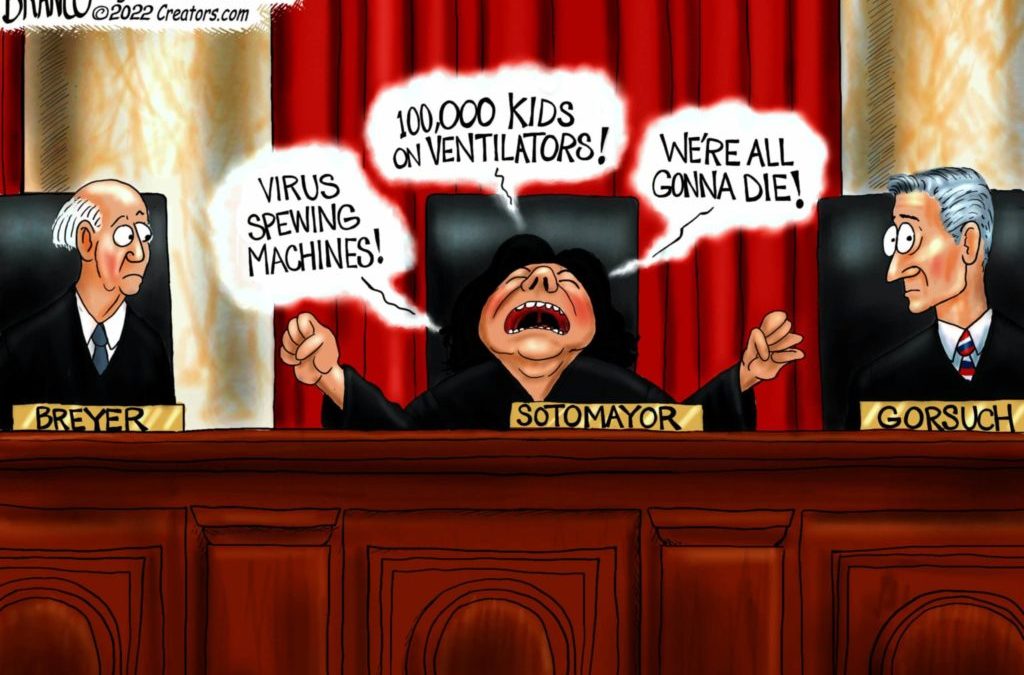 At the outset, covid was presented to us as a disease that would kill us outright unless we prevented contraction by getting vaccinated. That was the official medical and scientific decision from the government bureaucrats, principally, Dr. Fauci.

Sometime after that we began to get information indicating that covid would not kill us by itself, but weight, age, and co-morbidities of the patient could be a factor.

Next, two counties in California investigated and found that twenty-five percent of those counties’ covid death list were not directly attributable to covid, but rather the patients died with covid, not because of covid.

Then the Italian Institute of Health discovered that only about ten percent of the covid death count in Italy was directly attributable to covid by itself.

With all of the evidence listed above, and very likely much more unrevealed evidence as well, the Biden administration began pushing hard to get every American vaxxed and even fired emergency and medical personnel who would not accept a vaccination, which made America’s two-year-long medical crisis even worse, with fewer medical professionals available to give treatment to all sick people, whether covid patients or those suffering from all other diseases as well.

Then at about this time, there were reports of young men developing heart issues and women developing menstrual problems after receiving the vaccinations.

“What would you bet that the other twenty-five percent of deaths attributable to covid were accompanied by one to three co-morbidities?”

So now comes the Centers for Disease Control telling us what many people suspected all along: that seventy-five percent of all deaths attributed to covid in the United States, were also suffering from at least four co-morbidities at the time of death.

Question: What would you bet that the other twenty-five percent of deaths attributable to covid were accompanied by one to three co-morbidities? This question poses the simple, logical point that all deaths blamed on covid were perhaps really caused by the accompanying co-morbidity, and that covid just weakened the immune system to such a state that the body could no longer fight the combined diseases.

One reason why deaths with covid were listed as deaths by covid is that the government was paying a higher price to hospitals and doctors for proof of death blamed on covid than a death that was attributable to heart failure, bullet wound, traffic accident or renal failure, with only a trace of covid further weakening the immune system. But based on the total control that the executive branch of government under Biden gained from the covid pandemic, covid was also good for politicians who loved the power of shutting down the entire United States economy, and the pleasure these thugs got from issuing mandates to mask, to vaxx and to stay home, that accompanied this phony pandemic, not to mention the harm done to our system of voting in America, when the ruling Democrat party could demand changes to the individual states’ systems of balloting, which are highly suspect of allowing, if not encouraging, cheating and tampering.

It’s beyond belief that the CDC hasn’t been aware of the covid trend of needing a co-infector in order to be lethal all along; after all, they are deeply dedicated to science, aren’t they? And it’s also beyond belief that, with all we know now about the relative weakness and survivability of covid, that the mandates for everyone to get vaccinated still stands. And it’s additionally beyond belief that the current administration would insist that getting vaccinated would protect anyone from sickness and death from covid and that the only source of spread of the disease was from non-vaccinated people. But as mentioned above, it gives politicians great personal pleasure to be able to order 300 million people to do the ruler’s bidding.

Anyone who is aware of their surroundings and thinking about what they see knows that more cases of people who have been fully vaxxed and boosted are catching the disease, passing it on, and even dying of it. These people were identified as being “fully protected” by Joey Biden, but we know that Joey is unaware of the current year we’re living in, so we excuse him for being the fool.

Now comes the great question: given the male and female issues related to the covid vaccine, what if the vaccine itself becomes an additional co-morbidity which can be a necessary prerequisite to making the disease fatal, and this co-morbidity would not be present if the person infected had not been vaccinated?

Joey has spent a year telling everyone how great he is for distributing the vaccine to all Americans and personally mandating that everyone get vaccinated. But, how long before the Biden administration blames Donald Trump for all of the deaths related to the vaccine and Democrats try one more time to impeach him for developing the vaccine too quickly?

If this blame-Trump-again situation develops, you will quickly be reminded by Joey and Kamala that they originally argued against accepting any vaccine developed by Trump (as though he was using his little high school chemistry kit to personally develop the vaccine), and they will claim that they were correct all along and only the evil Donald Trump caused them to accept, celebrate and mandate a drug that some Americans all along were reluctant to take.

In any event, we now know that Biden’s impassioned plea that the un-vaccinated were killing Americans and that all vaccinated citizens should resent these filthy, unvaxxed people, and that these anti-vaxxers should be shunned and shamed from society, were lies all along, and cannot be taken back by the fool old man in the White House who made these injurious statements.

All mandates forcing the drug on people should be rescinded and nullified immediately. And when will the politicization of a disease stop? The CDC should have released relevant information to the public a long time ago, but that would have stood in the way of the political designs of Democrats, so it wasn’t allowed, and big tech corruptly assisted them in this effort.