The World in Turmoil 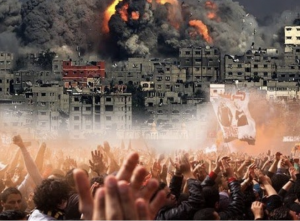 Anyone paying attention to the news knows there is great turmoil throughout the world.  It is not just here in the USA.  It has accelerated since the 2020 election and now seems to have a life of its own.

Why is this happening, especially when it is self-inflicted?  Instead of building, we are tearing down.

Thousands of farms in Europe, especially in the Netherlands, are being told to sell off their property and discontinue food production…engineering famine. Energy costs are skyrocketing. Globalist fanatics are telling governments to kill off pet dogs and cats, even farm animals, to lesson the planet’s carbon footprint, convincing people of their hoax that CO2 is causing environmental decay when it is actually the opposite.

Inflation continues at twice the ‘advertised’ rate.  It is much closer to 16 or 17% if you count what is important…food and energy.

War drums continue to pound in Europe and the South China Sea, warnings of what is to come.  We will have given over $100 billion, this year alone, to help Ukraine fight a war they cannot win while draining our defense materiel and driving the U.S. and NATO closer to entering the conflict.  Russia continues to warn that we are ‘sliding into nuclear war.’

There are widespread riots in Brazil for fraudulent elections…riots in China and Iran by millions of people fed-up with their governments’ brutality toward its people.

Here in America, law has taken a far back seat as serious crime becomes widespread, especially in Democrat cities.  The riots of 2020 saw 18 people die with almost $2 billion in damage.  The media and the justice system tried their best to ignore it as much as they could. What they couldn’t overlook Democrats openly raised money to bail rioters out of jail. January 6 went from a peaceful demonstration to a riot with the help of the Democrat Party, the FBI and a cooperative Capitol Police, all urging and driving it to near chaos.  No Democrats or cowardly Republican leaders raised any money to help defend the patriots who just wanted to be heard or accepted the invitation to enter the ‘People’s House.’  Quite the opposite, seeing many of them hauled off to prison without trial as a warning to would-be dissenters.  Violent crimes and property crimes around the country go unpunished, depending on political persuasion.

Democrats take their religion very seriously.  Yes, I said religion.  Theirs is a religion of the superiority of mankind…no God, no law other than theirs.  They contradict themselves at every turn.  They complain bitterly about the past blacklisting of their brethren in the 50s and then blacklist everyone in Hollywood that doesn’t tow their line.  They exhort democracy and censor any they disagree with.  They preach love and hate everyone.

Many of our ‘public servants’ have ceased serving the public and are now serving themselves…many purposely creating racial and economic division.  Politicians like Mitch McConnell would sooner see Democrats control the Senate rather than Republicans who have any MAGA mindset. Twelve Republican senators embraced the ‘Marriage Protection Act’, a misnamed bill protecting same-sex marriage at the expense of those with religious conviction.  Censorship never seen before becomes commonplace, all to protect ‘democracy.’  Government-approved sexual perversion only equaled in cities like Sodom and Gomorrah.

Our education system remains one of the worst in the world thanks to organizations like the American Federation of Teachers who long forgot their students and now embrace leftist politics.

Elections remain a major problem with almost no one in Washington making any headway in dealing with it or even recognizing it.  Democrat leadership in states like CA, WA, OR, IL, NY, NJ, PA, MA, MI, and now AZ have become content to assure themselves of never having a Republican majority in their state or in the White House by any means they see fit, with fraud on top of their list.

Open warfare has begun between Democrats and Republicans with preemptive attacks by Democrats on two fronts, the ballot box, and germ warfare (pandemics).  What is so unfortunate about this turn of events is that too many Republicans are not even aware of it.

The greatest assault on private property in hundreds of years is being conducted right now in America.  It promises to expand to personal property and liberty.  The Biden administration has seen fit to open our borders to unvetted illegal immigrants by the millions and then brazenly lie about it…’are you going to believe us or your lying eyes?’  Thankfully, not everyone in this country is that stupid.  Europe has been no better, turning once safe nations into meccas of crime.

What many do not understand is that the United States is private property.  If you are here and not a citizen, a legal permanent resident, or a legal non-immigrant like a student, a visitor or a temporary worker, you are trespassing.  Without law there is chaos.   And the Left is creating just that.

Much has been said of the supposed pandemic, the phony vaccines and now hearing of the climbing excess death rate.  COVID-19 is pretty much over, but people, especially the young continue to die. Even the CDC admits that more vaccinated people are dying than the unvaccinated.  The only thing keeping the criminals, who have perpetrated the greatest crime in human history, responsible is that too many people still believe the propaganda. Insurance companies like One America are saying the excess death rate is 40% higher now than in pre-pandemic levels. A staggering number and most between 18 and 64 years old.  The rest of the life insurance industry is experiencing the same numbers.

Why is the world in such turmoil? Is it a total lack of leadership here in the United States? America has abdicated its leadership…speaking softly and carrying a big stick is no longer.  Instead of a strong guardian of world harmony, we have a weak, senile, and corrupt leader who shakes hands with the air. Many of our enemies have seen fit to prowl the earth seeking whom they can devour.  This was the best Democrats had to offer?  Biden is the personification of the Democrat Party…corrupt, old and senile.

Is it the globalist movement marching the world toward a new feudal society where billionaires can be safe from competition?  They have taken advantage of our weakness, created chaos, planning more chaos, and now are proclaiming that they are the answer.

Is it because the world economy is seeing the inevitable outcome of its Ponzi scheme?…printing worthless fiat currency, refusing to stay within its means, punishing industry while rewarding sloth, taking rather than giving. They punish the very backbone of our society, the private sector, that only responds to freedom.

Is it because we have rejected God, finding our own answers to questions only God can answer, having faith no longer?

The answers to all the questions is an unequivocal, emphatic.. YES!