To Be Ruled by Liars 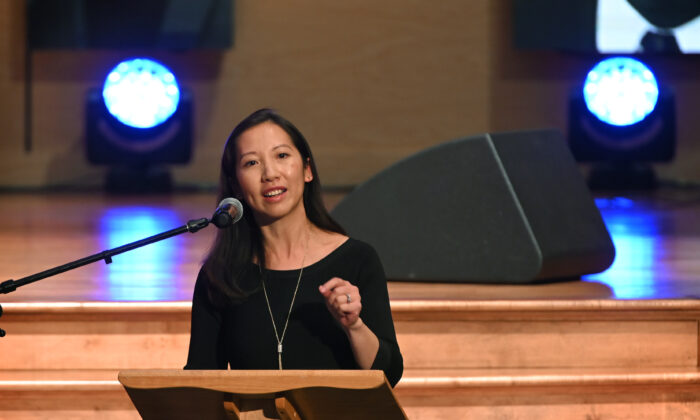 By Jeffrey A. Tucker

Dr. Leana Wen,  The last several years have revealed something we never wanted to believe. Major swaths of the leaders of our public culture—in government, media, and industry—have been lying to us. They had their reasons and certainly believed that their lies were necessary and thus noble. But still we know now what we once suspected but lacked confirmation: the loss of liberty in our times is rooted in core claims that have proven to be untrue.

We could go through the list but you already know the litany: the severity of the virus, the utility of the lockdowns, the functionality of masks, the danger to kids, the safety and effectiveness of the vaccines, the impartiality of social media, and so on.

But the really big one is hitting us very hard, namely that this was never really about public health. The officials and agencies that were leading the response were not actually scientists and public health authorities. Deeply embedded agents of the national security state were the real movers and shakers throughout.

There is more than enough evidence now to justify this realization. But more will be coming out over the months and years. We are indeed exhausted by the lies. We are also exhausted from learning the truth about the lies, because of course the elites deny ever having lied in the first place. We are not getting any frank admissions from anyone involved in the great reset. Instead we get ever more dissembling.

Have a look at Leana S. Wen’s column in the Washington Post over the weekend. Her long history was of pushing disease panic, forced masking, vaccine mandates, and the entire battery of COVID controls. Then sometime in the last several months she switched and became the person appointed to gradually reveal truths most of us already knew.

She has now written a piece frankly admitting what we’ve known for almost three years: vast numbers of people who are said to have died from COVID actually died from other causes and only tested positive in a way that allowed the hospital to claim a COVID death.

Her column is revealing, and she is being attacked brutally for it, of course. But what she never admits is that this problem of death misclassification is not new. It goes all the way back to April 2020, when Deborah Birx first mentioned in passing, in a press conference, that everyone who dies with a positive test is being called a COVID death.

“Two infectious-disease experts I spoke with believe that the number of deaths attributed to covid is far greater than the actual number of people dying from covid,” she writes. “If these patients die, covid might get added to their death certificate along with the other diagnoses. But the coronavirus was not the primary contributor to their death and often played no role at all …. To be clear, if the covid death count turns out to be 30 percent of what’s currently reported, that’s still unacceptably high. But that knowledge could help people better gauge the risks of traveling, indoor dining and activities they have yet to resume. Most importantly, knowing who exactly is dying from covid can help us identify who is truly vulnerable. These are the patients we need to protect through better vaccines and treatments.”

It’s interesting that she is throwing out the possibility that only 30 percent of the people who are listed as COVID deaths are actually that. The rest are inflated for reasons having to do with hospital finances and also to keep the general disease panic going. That’s a remarkable estimate. Already the very low case fatality rate of COVID for the general population, which is lower than the estimates of annual flu, is based on accepting all listed COVID deaths as authentic.

If you adjust the numbers for this level of misclassification, we have a very different situation. We must even face the awesome possibility that COVID was far from being the “worst pandemic in 100 years” and might not have been very serious at all beyond the usual waves of respiratory pathogenic infection. It also changes our calculation concerning the causes behind the very high excess deaths of 2021 and 2022. The lockdowns killed more than COVID itself!

Why didn’t Dr. Wen backdate her observations to the beginning of the pandemic? We all know why. The Washington Post is not ready to publish such observations, no matter how true they really are. That will have to wait months or years but we already know where this is headed. We’ve been fooled too much, too often, and we are very aware that most of the claims that drove the shattering of our lives were not true.

Even so, Wen is being slammed, not for the facts of the case but rather for admitting realities that contradict the preferred story. Thus did one commentator chide her: “Thanks, Wen, for contributing to this cluster. And yes, m’dear…the anti-vaxxers and anti-maskers now have YOU to quote.”

Many people prefer the lie to the truth simply to keep the political cult together and fully functional.

But what are we to do about this? The great problem with lies is that they leave nothing to fill the gap left by their discovery. We know now that officials, agencies, and media have been dissembling all this time but this is rather unsatisfying, first because they do not admit it and secondly because we have nothing to take the place of the lies. We are only left with loss: mostly a loss of trust but also the loss of narrative to connect us to reality.

The same can be said about the FDA/CDC’s recent recognition that the vaccines are associated with strokes in some elderly people but it’s not so severe that they are changing the policy. It’s a way of admitting a small truth to cover up a bigger truth.

This is what C.J. Hopkins calls a “limited hangout:”

“The way a limited hangout works is, if you’re an intelligence agency, or a global corporation, or a government, or a non-governmental organization, and you have been doing things you need to hide from the public, and those things are starting to come to light such that you can’t just deny that you are doing them anymore, what you do is, you release a limited part of the story to distract people’s attention from the rest of the story. The part you release is the limited hangout. It’s not a lie. It’s just not the whole story. You hang it out so that it will become the whole story, and thus stop people from pursuing the whole story.”

Indeed, if what we have come to suspect concerning vaccine safety is true, there is going to be hell to pay on the part of manufacturers and regulators, not to mention college administrators and other public health agencies that mandated them on the population. This level of betrayal is truly next-level, unlike anything we have seen in our lifetimes.

We are adjusting to the terrible reality that we live in an age of lies. We know now that what they have said and what they are saying is not true. But that realization is oddly unsatisfying because we are left with nothing but an empty space in our understanding: we know what is false but we do not yet know what is true. A major task of the ruling elites today consists of keeping us in the dark.

The question is whether we are going to let them.