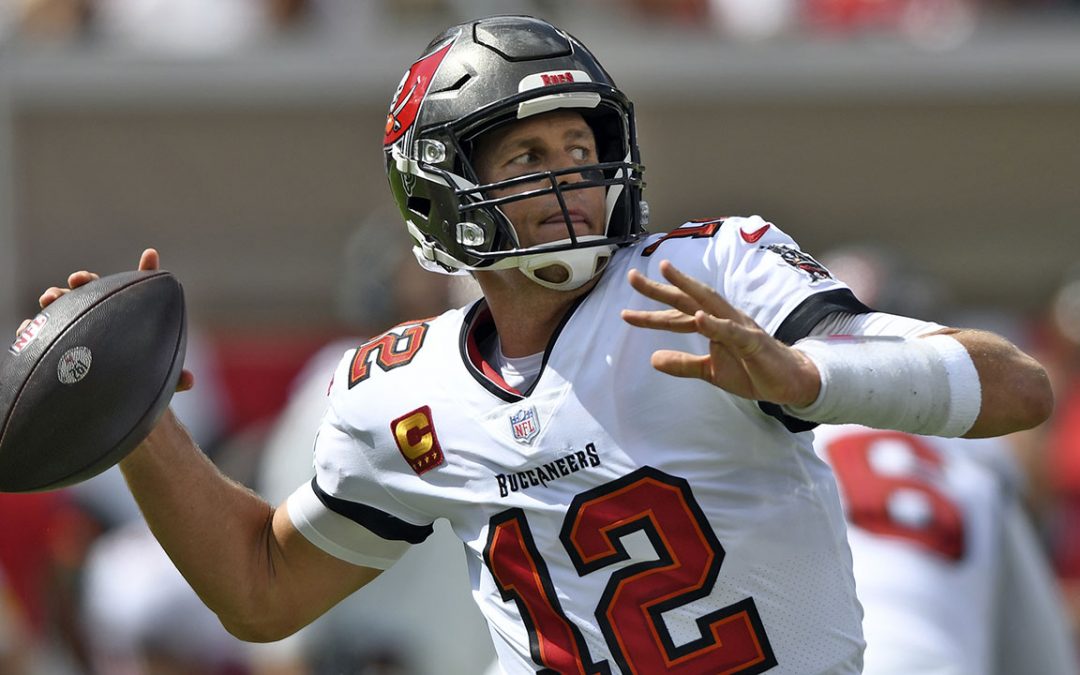 At 44 years old, Buccaneers quarterback Tom Brady is still No. 1.

In a matchup against an old rival, Brady was excellent and led the Bucs to a big victory and a 4-1 record heading into their matchup against the Eagles on Thursday night.

In other games, Cowboys quarterback Dak Prescott once again showed why his severe ankle injury last season was just a minor speed bump in his NFL career. He completed 22 of 32 passes for 302 yards and three touchdowns in a 44-20 win over the Giants.

Steelers signal-caller Ben Roethlisberger had a bounce-back performance against the Broncos. He completed 15 of 25 passes for 253 yards and two scores, including a 50-yard TD pass to wideout Diontae Johnson, in a 27-19 victory.

Two solid performances, but not good enough to make this week’s top five.

Here are the quarterbacks who excelled and led their teams to big wins in Week 5.

Jameis Winston showed why he was once a No. 1 overall pick.

The Saints’ gunslinger completed 15 of 30 passes for 279 yards and four touchdowns in a 33-22 win over the Washington Football Team on Sunday. The win improved New Orleans’ record to 3-2 on the season.

After their bye next week, the Saints will travel to Seattle to face the Seahawks on Oct. 25.

Josh Allen reminded everyone on Sunday night why he was an MVP candidate last season.

In a road matchup against Patrick Mahomes and the Chiefs, Allen completed 15 of 26 passes for 315 yards and three touchdowns. He led Buffalo to a dominating 38-20 victory at Arrowhead Stadium and the Bills improved to 4-1 on the year.

Next, the Bills will travel to Tennessee to face the Titans.

If it wasn’t for Tom Brady, second-year QB Justin Herbert would be No. 1 on the list.

The Chargers superstar quarterback completed 26 of 43 passes for 398 yards and four touchdowns in a huge 47-42 victory over the Browns on Sunday. He connected with wideout Mike Williams eight times for 165 yards and two scores.

Herbert will lead Los Angeles into Baltimore to face the Ravens next week.

Lamar Jackson and the Baltimore Ravens needed to dig deep to mount a comeback against the Indianapolis Colts and with all their might they scored 16 points to force overtime and win the game, 31-25, after the first possession of the extra period.

Jackson finished 37-for-43 with 442 passing yards and four touchdown passes and led the Ravens on the game-winning drive.

Jackson vs. Herbert is going to be a very interesting game to watch next week.

Tom Brady connected on 30 of 41 passes for 411 yards and five touchdown passes in a dominating 45-17 win over the Dolphins. It was the first time in Brady’s Hall of Fame career he threw for 400 yards or more with five TDs in the same game.

Next up, Brady and the Bucs will take on the Eagles on Thursday Night Football.