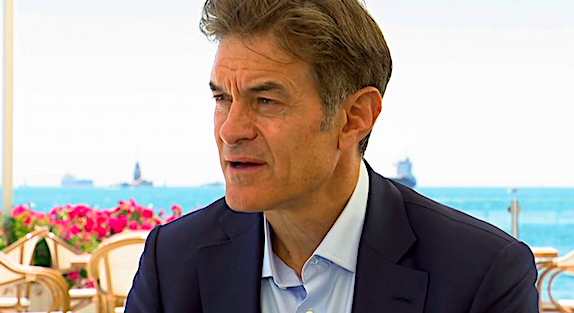 A celebrity surgeon whose face routinely graces television shows apparently has an open door to enter the U.S. Senate race in Pennsylvania – and immediately take the front-runner position.

He would be “bolstered by a vast personal fortune to invest in a 2022 campaign and enviable poll numbers that suggest the Republican would be an immediate front-runner,” the report said.

The report said polling showed he favorable/unfavorable ratings registered 54%-12% with Fox News viewers, 49%-8% with black voters, and 56%-3% with conservative Democrats.

His name, best known for his years with the nationally syndicated “Dr. Oz Show,” was recognized by 80%.The report said the celebrity has yet to decide on the race for the seat being vacated by Sen. Pat Toomey, a Republican who is retiring.

“Perhaps more important to Oz’s potential to succeed in a Pennsylvania Senate race, he is on good terms with former President Donald Trump and has been friends with the former president for 15 years. Indeed, Trump appointed Oz to the President’s Council on Physical Fitness, which included among its members a 2022 Senate candidate who has already received the former president’s endorsement: Georgia Republican Herschel Walker, a businessman and former professional football player,” the Examiner report explained.

One potential issue is his move from New Jersey to Philadelphia only a year ago.

Former state GOP chief Bob Gleason said he could be considered a “carpetbagger.”

Sean Parnell recently dropped out of the race unexpectedly, after moving into the undisputed roll as the frontrunner and getting endorsements from President Trump and his son, Donald Trump Jr.

“There are definitely a lot of Republican officials in Pennsylvania wanting more candidates in the race and believe there is still a lane for a self-funder, or member of the House delegation, to jump in,” Josh Novotney, a GOP operative, told the Examiner, “There will be at least one if not two more candidates jumping in soon with self-funding capabilities.”