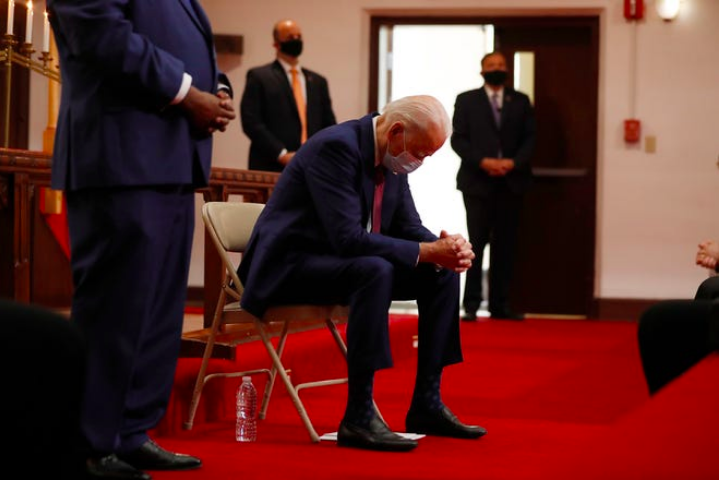 A top House Republican said his staff independently authenticated materials from a laptop that purportedly belonged to Hunter Biden.

Rep. Jim Jordan, the ranking member of the House Judiciary Committee, insisted during a Sunday interview on Fox News that the emails generating controversy for Democratic presidential nominee Joe Biden in the final weeks of the 2020 election cycle are “as real as real can be.”

Biden, who leads in the polls against President Trump less than two weeks before Election Day, has issued a patchwork of denials in response to allegations that he got wrapped up in foreign business dealings involving his family.

As Trump and his allies have sought to leverage the laptop controversy, one point they often make is that neither the former vice president nor his son Hunter have denied the authenticity of the emails, photos, and other contents found in a laptop and hard drive given to a Delaware computer shop that have been shared with the FBI and Rudy Giuliani, a personal attorney to the president.

“Our staff has had numerous conversations … which have independently confirmed for us that in fact these emails are real, they’re authentic,” Jordan said on Tuesday during a Trump campaign conference call, according to Breitbart News.

“We’re confident that that is in fact the case, and that these emails are accurate,” the Ohio Republican added.

The Washington Examiner reached out to Jordan’s office for more information on the process for verifying the material but did not immediately receive a response.

On Sunday, Jordan said “eyewitnesses” have corroborated the authenticity of the emails, pointing to Hunter Biden’s ex-business partner Tony Bobulinski, who spoke with the FBI on Friday.

The Wall Street Journal reported that corporate records show no role for the elder Biden in an effort to form a business venture with a Chinese oil company, as indicated by messages from 2017 obtained by the Washington Examiner. But so far, there has been no denial that the elder Biden is the “big guy” mentioned in the messages, as Bobulinksi has claimed, which talk about this person giving business advice and getting a cut.

Bobulinski also provided dozens of WhatsApp messages, emails, letters, and business proposals to the Senate Homeland Security and Governmental Affairs Committee. The records are separate from those purportedly on Hunter Biden’s laptop. In addition, Breitbart News has reported receiving 26,000 emails from another former business associate of Hunter Biden, Bevan Cooney, who is currently serving a prison sentence for fraud, that make “explicit” that Hunter Biden was “trading off the Biden name, the Biden connections, and the Biden access,” according to the outlet’s editor-at-large, Peter Schweizer.

The New York Post, which received the laptop materials tied to Hunter Biden from Giuliani, broke the story earlier this month, but most of the media coverage since then has focused on concerns that the laptop story is tied to a Russian disinformation campaign. Former intelligence officials and Democrats warned there are hallmarks of Kremlin involvement, but Director of National Intelligence John Ratcliffe said last week he has seen no evidence to suggest the involvement of a Russian disinformation effort.

Jordan complained that the media is not doing more to press Biden on the controversy.

“Why won’t the press be asking that fundamental question, that basic question, Mr. Biden, are these actually accurate? Is this Hunter Biden’s laptop? And, in fact, are you ‘the big guy?’ They won’t ask him that question, but the American people know those facts are true,” he said on Sunday.

In fact, it appears that some media outlets outside of the conservative sphere are pursuing the story but have been hamstrung by a lack of access to the laptop materials.

“It’s been 4 days since NBC News requested a copy of the hard drive Rudy Giuliani asserts he has that belongs to Hunter Biden. It is a copy his attorney says they currently possess. They’ve yet to turn it over,” Tom Winter, NBC News correspondent for investigations, tweeted on Thursday.

Still, Republicans claim that journalists are complicit in covering up the controversy with the Biden team.

“What is amazing to me is the Biden campaign, and their willing accomplices in the media, have never denied the authenticity of these documents,” Rep. Doug Collins said in the same segment with Jordan on Sunday. “They’ve never tried to attack these documents. They just give broad, sweeping arguments, saying, ‘Oh, it’s not real.’”