The decoupling between bonds (and the curve) and stocks, commodities and stocks, and economic data and stocks remains a conundrum for many who refuse to accept the reality that the only thing driving this shitshow higher is centrally-sponsored liquidity…

And, as former fund manager and FX trader Richard Breslow points out in his latest note, liquidity itself is as valuable an asset as any other (perhaps more so as we come to the vinegar strokes for The Fed to deliver on its implied promises). 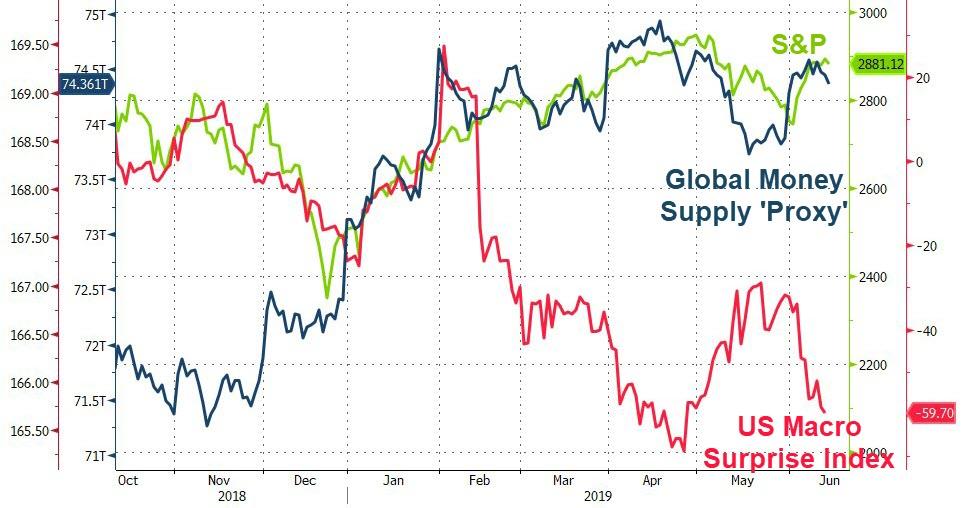 As Breslow notes, the performance of global bond markets has been nothing short of astounding. What they imply in both price and momentum is both impressive and somewhat scary. 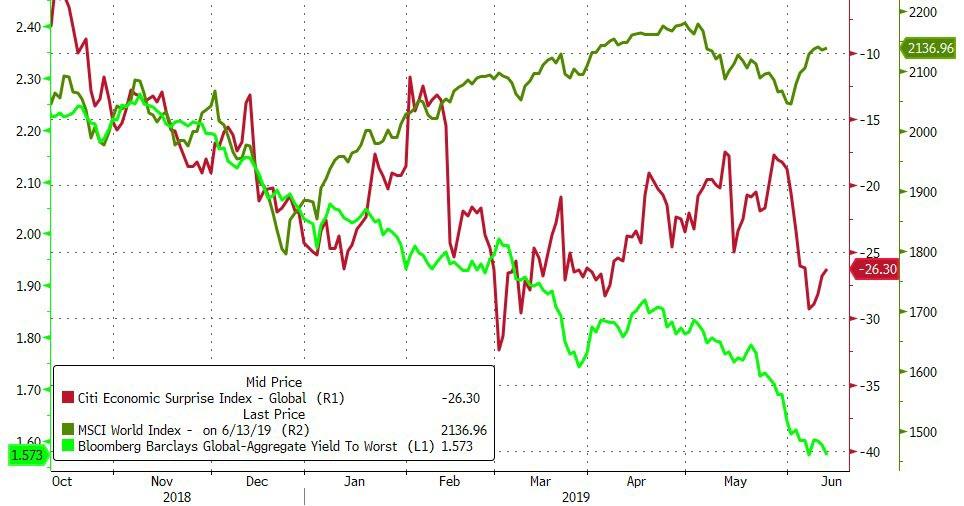 Yet, it’s hard not to at least wonder whether they are overdoing it. Time will tell. But, no matter one’s economic forecasts, the desperation evident in the buying seems to go beyond speculative opportunism or short-covering. And, make no mistake, this is a world-wide phenomenon.

The reasons for the frenzied activity have many possible explanations. Trade disputes, economic disappointments, including today’s weak Chinese industrial production data, and political turmoil, are all legitimate and reasonable causes. Up to a point
It’s also possible that we are seeing what is actually an attempt to hedge the untold trillions of dollars of risk assets that have been piled into portfolios over the last decade. It may be the inevitable result of investors having been given no choice, indeed official blessing, but to wait en masse until the band stops playing to demonstrate some caution.

This could be another example of over-leverage exacting the toll it always ends up collecting. And, given the wonders of derivatives, no one can possibly even hazard an educated guess how much more there is to be done. Even the institutions holding those positions.

If this is what it does to fixed income, one can only imagine what the effects would be if investors started to sell some of the underlying exposure. We may have got a glimpse of that in December. And no one was too happy with that experience.

We may also be getting misleading signals from certain risk assets that continue to look good because selling them directly just isn’t viable. 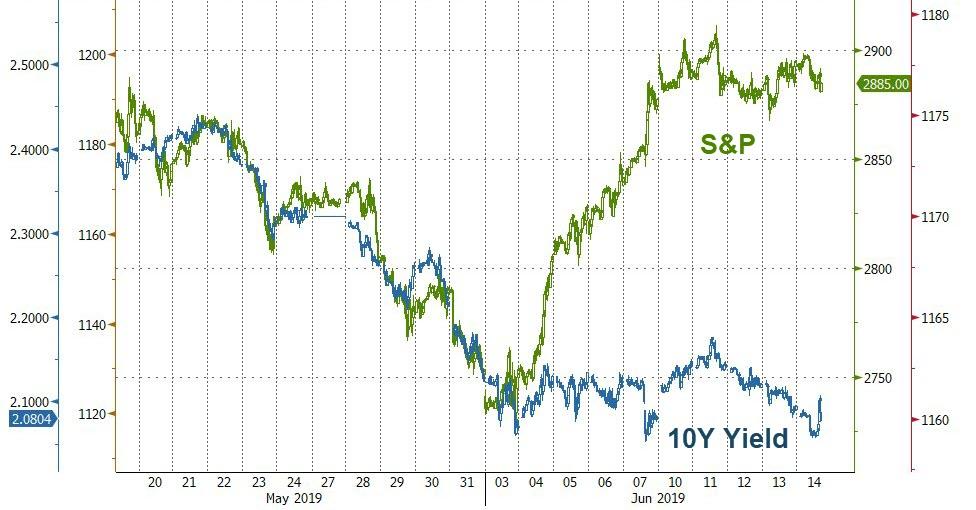 Collectively, global bond markets are by far the most liquid asset market. Yet, even here, if the flows looking to go in one direction just get too big to be intermediated as promised, liquidity starts to look one-sided. I’ll bet you could sell “your amount” of bonds without moving things much at all.

There have been plenty of examples over the years of investors, even smart ones, being lulled into complacency during good times and becoming bigger than the market. Anyone who trades emerging markets has stories about it. This, in effect, is what has happened on a massive scale through the relentless hunt for yield conducted over a very long period of time. The ride up the escalator for risk was smooth and in a relatively straight line. The aftermath to the occasional hiccups only served to reinforce the strength of the moves. Now, yields are taking the elevator down.

There has been a fund manager much in the news recently who has run into trouble by promising unrealistic liquidity access to his investors given the illiquid nature of many of the fund’s investments. It worked fine when things were going well. But there was no precaution laid on for rough patches. It’s an object lesson others should take on board.

When this happens on the scale and breadth possible here, it can have all sorts of other distorting effects that will need to be taken into consideration when investing. Just like yield has been chased indiscriminately, so, too, can liquidity. At the height of the financial crisis, many a good investment was liquidated because it could. Just ask foreign-exchange funds that lost assets hand-over-fist despite knocking the cover off the ball.

Ironically, FX wasn’t an asset class that went to a correlation of one with everything else. And it would have been additive to many portfolios. But it didn’t matter to limited partners who needed the cash. Many observers took the resulting directional moves that occurred as implying some fundamental analysis that simply didn’t exist. Understanding why large-scale trades occur can be just as important as knowing they have happened at all.

The extent of policy easing built into the futures markets is larger than the economic numbers would normally suggest. 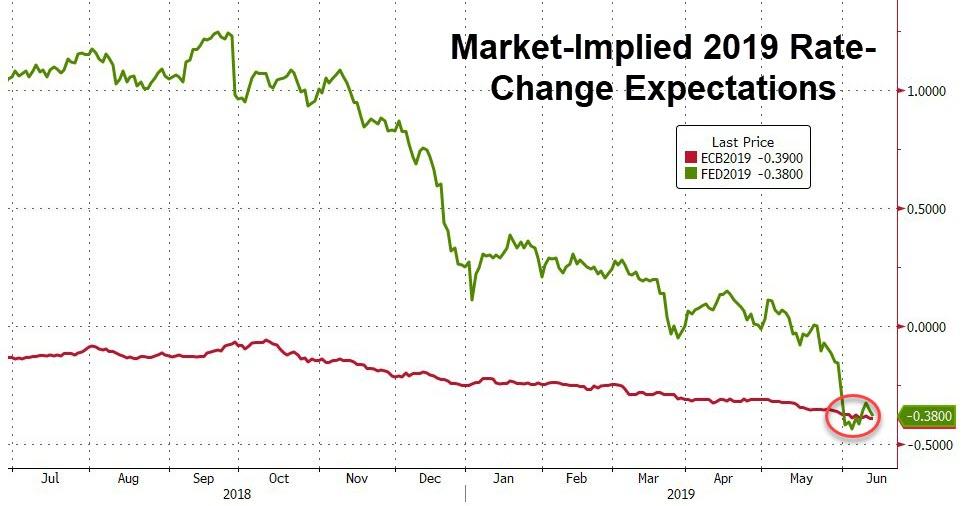 But investors realize that it is in no one’s interest to let this thing get too far out of hand. And they’re betting there will be a policy response before it does. 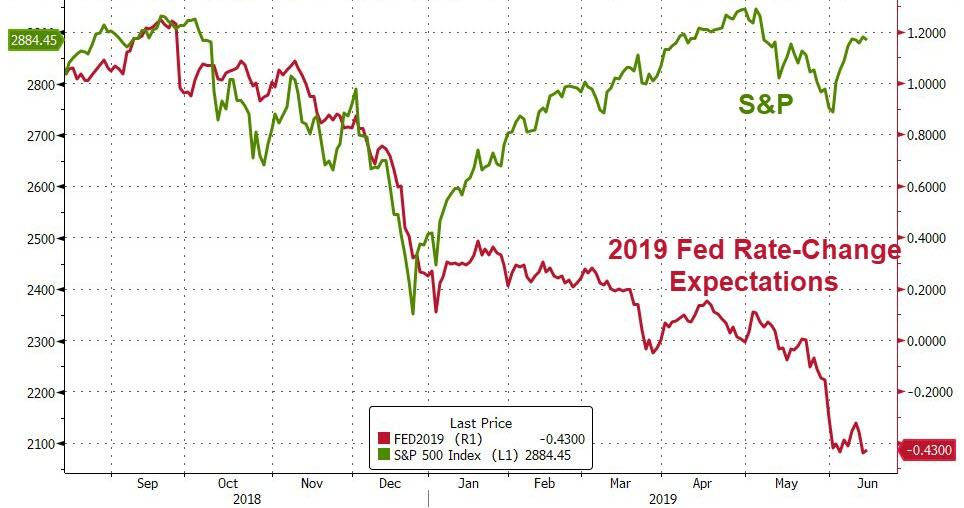 It also helps explain why geopolitics, after a long hiatus, once again matters.