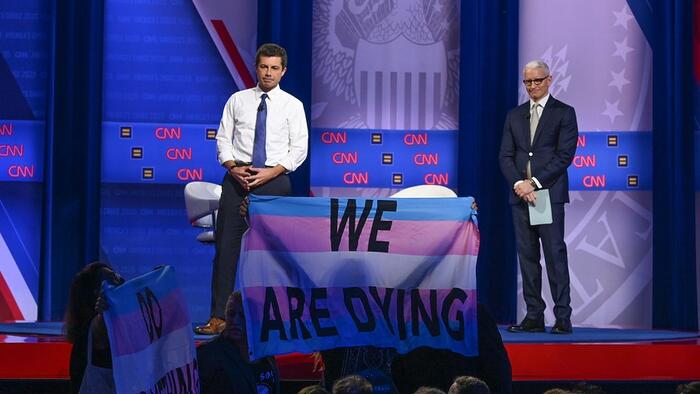 Are voter ID laws an obstacle to transgender people exercising their rights at the ballot box?  Some trans groups and the ACLU argue that this is the case as the midterm elections near.

The push against identification at the polls has been aggressive, with Democrats making up the bulk of people in opposition.  A long list of excuses has been presented as to why very simple and straightforward laws requiring ID to vote are a violation of the civil liberties of various minorities.  Notably, Democrats and the ACLU have suggested that such laws are “racist” because minorities often don’t have or are “not capable” of getting a state ID.

The ACLU argues, for example, that over 25% of blacks and 16% of Hispanics of voting age in the US do not have ID.  This data comes from the GOA and the nonpartisan Brennan Center for Justice at the New York University School of Law and was collected from 2012-2014, around a decade ago.

The problem with this argument is that there are no legal obstacles for minorities to get a state ID.  If they don’t have one then it is their fault they are not able to vote.  The only people who would have trouble obtaining an ID are illegal immigrants who are not allowed to vote anyway.  The minority access to ID argument just doesn’t hold water.

However, not to be defeated, anti-ID groups are turning to a tiny portion of the population that might face legitimate confusion at polling stations because of their appearance – Transgenders.

Representatives from the ACLU in Tennessee where stricter enforcement of voter ID laws is underway suggest that the act of a trans person having to explain their trans status is humiliating:

“It’s not just embarrassing, but it’s terrifying to have to do that — to try to read the room and see, like, are they going to kick me out? It can be really dehumanizing to have your whole identity nitpicked just so that you can cast your ballot and have your voice be heard…” Says Henry Seaton, an ACLU advocate.  Seaton is a woman who transitioned in appearance to a man who claims she once had her ID scrutinized in 2016.

Beyond the apparent embarrassment, trans rights groups also say that ID confusion could potentially lead to people being turned away from the polls, or it could put trans people “at risk” of harassment.  Almost all stats involving trans harassment accounts are collected by trans rights groups with a clear political agenda, so it is difficult to say how serious this threat actually is and how much of it is fantasy.

“People who might be inclined to harass marginalized voters at the polls are more aware of trans people’s existence,” said Olivia Hunt, the policy director at the National Center for Transgender Equality. “So I expect that we’re going to hear more stories of trans people being harassed, whether by voters, poll workers, poll monitors or other folks who are present during the election.”

Legitimate harassment is illegal regardless of the individual, as are any acts of assault or violence.  Trans people are protected under the same laws as everyone else, but groups like the ACLU claim that this is not enough and separate laws need to be established giving trans people special protections.  This would include making them exempt from voter ID laws.

Frankly, this is yet another example of social justice proponents trying to make their problems into the country’s problems.  If a person’s identification does not match their appearance then it is going to be scrutinized whether they are trans, a minority or they are white and straight.  By attempting to change their appearance to look more like the opposite sex, trans people set themselves up for questions when going to vote.  There are dozens of other scenarios where this would also be an issue.  It is not for state governments to cater to every individual case; their job is only to ensure that ballots are secure and that non-citizens don’t vote illegally.

Since the ACLU and trans rights organizations cannot come up with many examples of trans people being denied the right to vote and only present anecdotal stories of individuals being inconvenienced for five minutes, it’s hard to find justification for an overhaul of state laws preventing voter fraud.

The more likely explanation for the growing interest in transgender voting is that social justice activists have hit a brick wall when it comes to stopping the spread of ID laws and they are looking for a legal toe hold or weakness in the armor.  Their exploitation of minorities failed, but if voter ID can be challenged using trans people as a foil, then these groups might be able to bring down all ID laws for everyone, including illegal immigrants; the real golden goose for progressive politicians.