Cambodia’s opposition leader Kem Sokha talks to the media at his home before leaving for the court hearing in Phnom Penh, Thursday, Jan. 16, 2020. (AP Photo/Heng Sinith)

Cambodia’s National Rescue Party leader appeared in court on Wednesday to face charges of treason. Kem Sokha has been accused of conspiring with American and Canadian advisers to oust the current prime minister.

The court limited the hearing to just 30 seats and announced that all observers must register beforehand. Journalists have reportedly been barred from the court room while some were told they were not even allowed to stand outside the court.

Many in the region have spoken out against the trial.

“The whole process is illegal from the beginning,” said Prince Sisowath Thomico. “They are just putting on a show trial for the public to hide their illegal process, so this trial process is against the law, our constitution.”

Reports said the trial could last up to three months.

Sokha has denied the accusations against him and said they are politically motivated. If found guilty, Sokha could spend 30 years in jail. However, analysts said may be convicted and pardoned to protect an EU trade agreement. 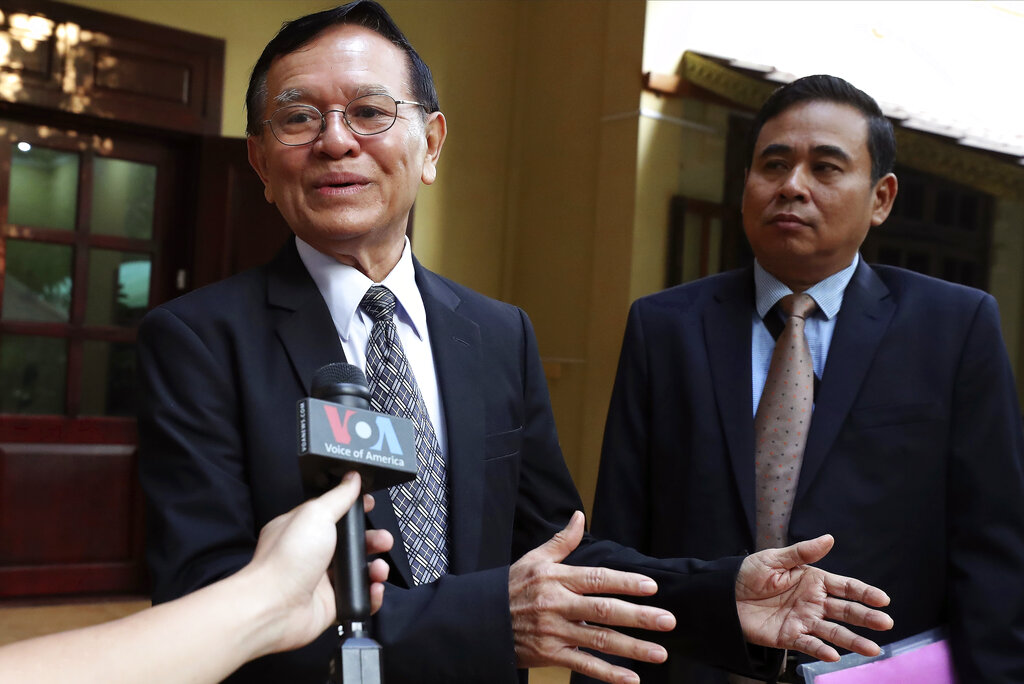