Trump admin. set to release $8.2B in disaster aid for Puerto Rico

Relief is on its way to Puerto Rico. Reports are saying the Trump administration will release $8.2 billion of recovery funding to the island following the magnitude 5.9 earthquake that shook the U.S. territory last weekend.

Local authorities will reportedly be able to access the funding once the Housing and Urban Development Department publishes a Federal Register notice, which will outline how the money can be used. The money is meant to help Puerto Rico respond to hurricanes Irma and Maria, which hit back in 2017, as well as the major earthquakes that devastated the region in recent weeks.

“Many apartments collapsed, everything was lost in some houses,” said one resident. “That’s why we have three camps located here in the community parking lot.”

The island was initially set to receive $20 billion in aid, which Congress approved months ago. However, HUD officials stated the administration wanted to be cautious, since the money could fall into the wrong hands. They cited the history of corruption within Puerto Rico’s government.

With new safeguards in place, officials said they can move forward with confidence the funds will directly reach those who need it the most. 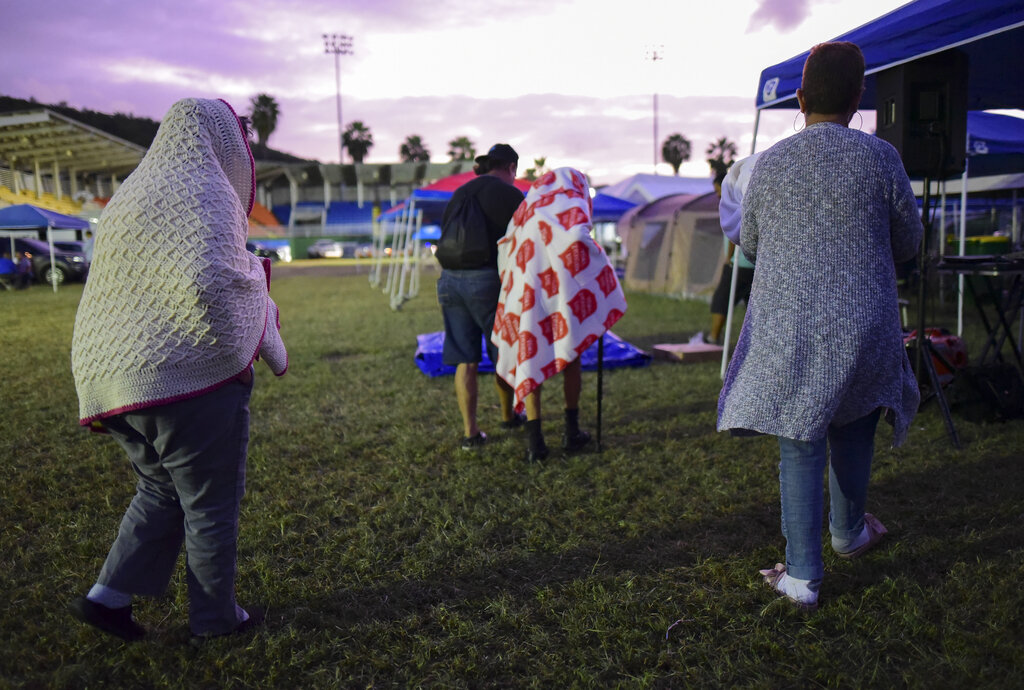 People get up after spending the night in a baseball stadium amid aftershocks and without electricity after the 6.4 magnitude earthquake in Guayanilla, Puerto Rico, at sunrise Friday, Jan. 10, 2020. Hundreds of thousands of Puerto Ricans are still without power and water, and thousands are staying in shelters and sleeping on sidewalks since Tuesday’s earthquake. (AP Photo/Carlos Giusti)

Government authorities in Puerto Rico have been appreciative of President Trump’s support after he signed off on an emergency declaration for the territory last week. They said the region needs the recovery aid now more than ever.

“Thanks to Sen. Scott, I just had a personal call with President Donald Trump, who expressed his support for Puerto Rico,” said Governor Wanda Vasquez. “We also expressed to him our people’s support for rapid action, not only from the initial declaration, but also from the declaration that we are going to request, which is for a greater disaster.”