President Trump has doubled down on his criticism of mail-in ballots. His reelection campaign and the Republican National Committee have sued Nevada to block its new law, which would require election officials to send mail-in ballots to all of the state’s registered voters.

“I mean, honestly, it’s a disgrace,” said the president. “Universal mail-in ballots is going to be a great embarrassment to our country.”

In a tweet, the president claimed Nevada’s mail-in voting will be a corrupt disaster if it’s not ended by the courts.

Nevada has ZERO infrastructure for Mail-In Voting. It will be a corrupt disaster if not ended by the Courts. It will take months, or years, to figure out. Florida has built a great infrastructure, over years, with two great Republican Governors. Florida, send in your Ballots! 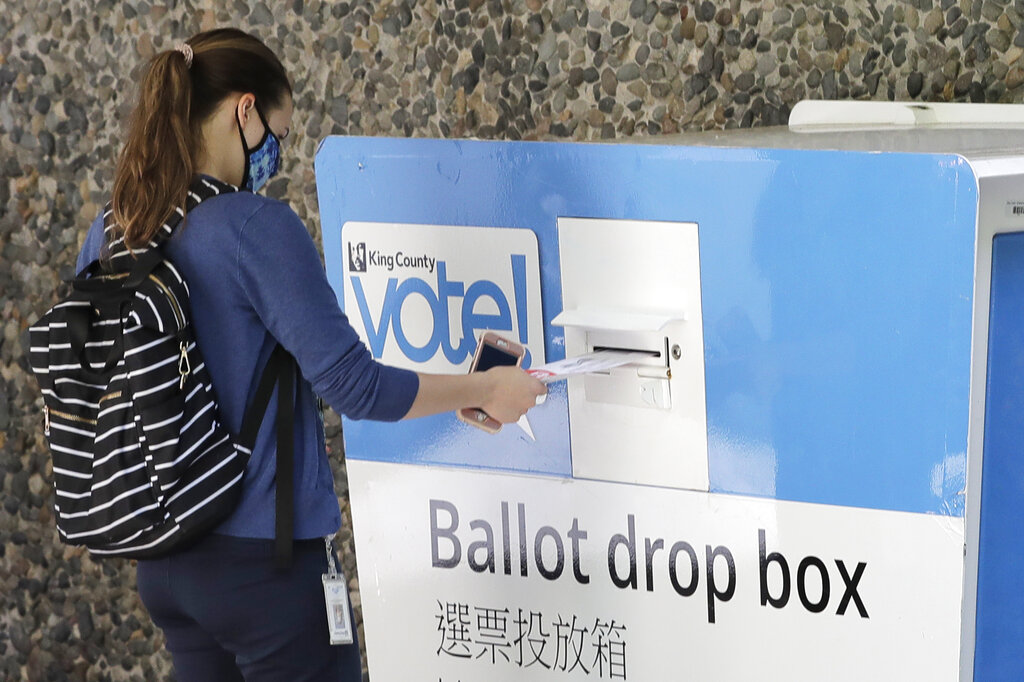 A person drops off a ballot for Washington state’s primary election, Tuesday, Aug. 4, 2020, at a collection box at the King County Administration Building in Seattle. (AP Photo/Ted S. Warren)

“It’s my job to make sure that we give everybody that wants to vote the opportunity to do so and remain as flexible as possible,” he added.

The Trump campaign has suggested the law opens the door to voter fraud and would overburden the country’s already ailing postal service. According to the lawsuit, the measure is unconstitutional for several reasons, including a provision that allows ballots with unclear postmark dates to be accepted up to three days after election day.

The White House press secretary reiterated the president’s concerns in her latest briefing.

“It is rife with fraud and with delay,” said Kayleigh McEnany. “That is what the president stands firmly against.”