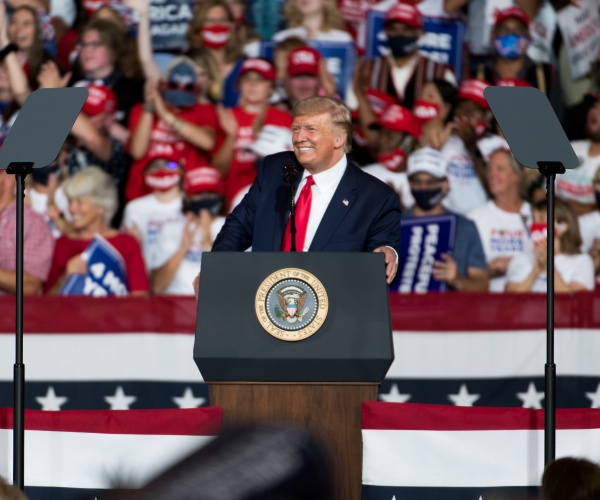 President Donald Trump may stage another campaign event at the White House before Election Day after holding some of the Republican National Convention on its grounds, NBC News reports.

The Trump campaign is discussing how to set up a large-scale political event in the final days, or even hours, of the race between the president and Democrat nominee Joe Biden. Trump reportedly expressed enthusiasm about his convention address, which he made from the White House South Lawn, which may be driving the thought process.

One possibility mentioned by NBC’s sources is of holding a party on election night, another is hosting a rally or similar event at the White House just before the election. However, campaign aides have identified several problems with the idea.

First, the White House grounds are not well-suited for holding outdoor events in November, with NBC noting that protestors at the RNC were able to gather outside the gates to confront attendees, such as Kentucky GOP Sen. Rand Paul, which could cause problems for guests trying to enter or exit.

Another detriment is the inevitable criticism that will arise from Trump again using the White House as a prop for his reelection campaign, a charge that was levied at his campaign during the GOP convention.