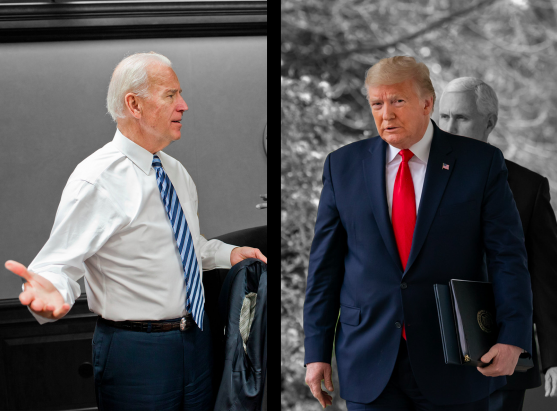 Trump was going to hold a press conference at Mar-a-Lago on January 6th, but canceled the event on Tuesday at the urging of his allies, Sen. Lindsey Graham (R-S.C.) and Fox News’ Laura Ingraham.

White House press secretary Jen Psaki said Biden’s Jan. 6 anniversary speech “will lay out the significance of what happened at the Capitol, and the singular responsibility President Trump has for the chaos and carnage that we saw.”

She added that Biden will “forcibly push back on the lies spread by the former president – in an attempt to mislead the American people, and his own supporters, as well as distract from his role in what happened.”

Trump preemptively got the jump on Biden and came out swinging against his political foe on Wednesday night.

He said the current administration’s response to the pandemic is worsening by the day, and panned the president for claiming that there is no federal solution, yet “federalizing the distribution of antibodies.”

Trump remarked that his own administration respected the state government’s autonomy and allowed them to access any COVID drugs they required. “That’s the way our Country is supposed to be run,” he quipped.

He accused the Democrats of being “incredibly mandate happy,” and claimed the Biden administration is considering closing schools and mandating vaccines for school aged children.

“This is an outrage,” Trump stated. “And MAGA nation should rise up and oppose this egregious federal government overreach.”

He touted Operation Warp Speed for developing vaccines in “record time,” but noted that his administration never issued mandates, and that he personally “never would.”

“Joe Biden said he would never issue mandates,” he reminded readers. “But he did it anyway like so many other things.”

Trump asserted that the American people should be able to choose the way they govern their health. “The federal government must be reined in and give the people back the freedom to decide whether they want to be vaccinated or not,” he concluded.