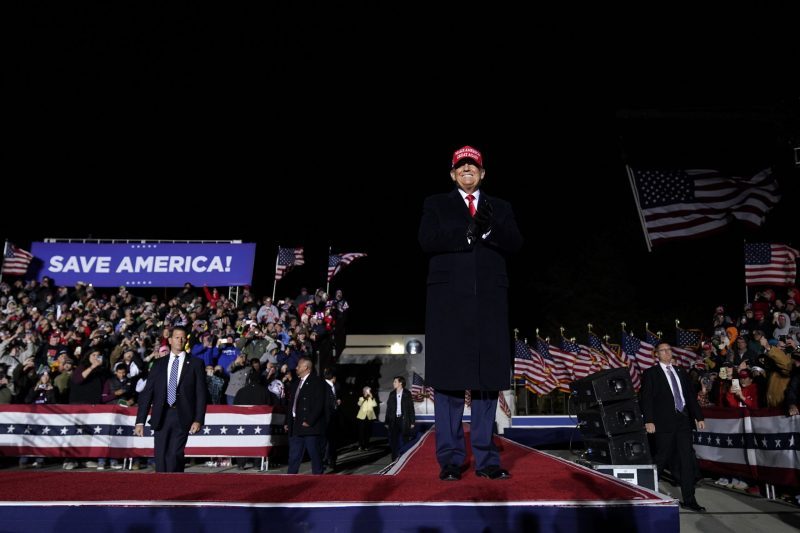 45th President Donald J. Trump’s inner circle has indicated that he is expected to announce his 2024 presidential campaign on November 14th.

Three sources familiar with the matter told Axios about the launch date. However, his spokesperson Taylor Budowich has declined to confirm the information.

On Thursday, the Republican teased a run for president in the 2024 election during a rally in Sioux City, Iowa. Trump excited the crowd when he said he will ‘”very probably” run again.

“In order to make our country successful and safe and glorious, I will very, very, very probably do it again,” Trump said. “Get ready that’s all I’m telling you, very soon. Get ready.”

Trump held the rally primarily in support of Senator Chuck Grassley (R-Iowa). Grassley is hoping to maintain his seat in next week’s elections.