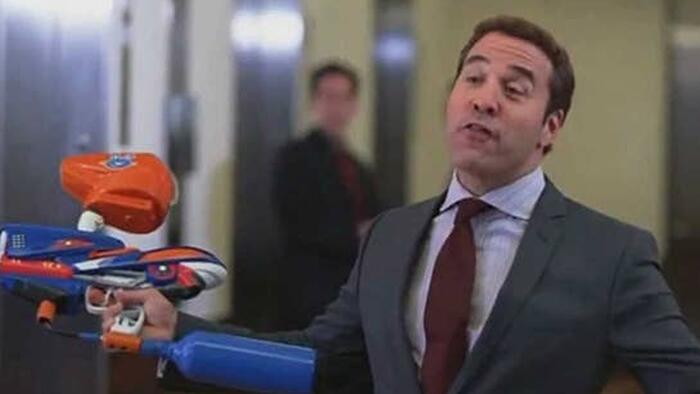 Twitter – long considered a safe space for election-influencing jackboots drunk on their own arrogance – is having its ‘Red Wedding’ moment, as one Employee characterized the widely anticipated mass layoffs following Elon Musk’s acquisition of the social media giant.

Indeed, with the abruptness of a guillotine, the company’s 7,500 employees were suddenly notified in a Thursday email that the layoffs had begun.

According to the NY Times, workers were instructed to go home and not come back on Friday as the cuts proceeded.

“In an effort to place Twitter on a healthy path, we will go through the difficult process of reducing our global work force,” read the email. “We recognize that this will impact a number of individuals who have made valuable contributions to Twitter, but this action is unfortunately necessary to ensure the company’s success moving forward.”

According to previous internal messages and an investor, around half of Twitter’s employees were just laid off – however the final number is unknown. On Wednesday employees circulated a message on Slack that suggested 3,738 people could be fired, but that changes could still be made to the list.

On Thursday evening, employees posted heart emojis and salutes in their Slack channel.

The mass layoffs come a little more than a week after Musk completed his $44 billion purchase of Twitter – after which he immediately fired its chief executive and other top managers, while other execs have since resigned or were fired.

Managers were asked to make lists of employees based on performance.

Meanwhile, Musk brought over 50 engineers and employees from his other businesses – including Tesla – to assist with the firings.

The Times then cites some ‘industry’ insider who said there was “nothing visionary or innovative about summarily firing workers by email,” because Musk is firing people with “specialized expertise and de institutional knowledge” before he “even seems to have a basic grasp of the business.”

Or, he’s completely wrong and Musk’s team of 50 were able to figure out how to fire 3,500 people based on contributions.

For employees, it’s a question of whether they ‘can’ or ‘can’t even.’

On Wednesday evening, some employees circulated a “Layoff Guide” with tips on corporate surveillance and employment rights. One worker created software to help colleagues download important emails and documents. He was later fired, he said.

On Thursday, workers got other signals that their workplace was changing. Twitter’s “Days of Rest,” which are monthly days off so employees can rest and recharge, were removed from their calendars, two people with knowledge of the matter said. Some workers also noticed that the employee directory had been taken offline, according to internal chats seen by The Times.

“Has the red wedding started?” one employee wrote on Slack, a reference to a massacre scene in “Game of Thrones.” Nine minutes later, the company sent the email informing workers of the layoffs. Employees who will keep their jobs would receive a message saying so on their corporate accounts, the message said, while employees being laid off would be notified on their personal accounts.

As the Times further points out, keeping employees out of the office on Friday means that laid off workers can’t take any items from the company (or sabotage it).

“To help ensure the safety of each employee as well as Twitter systems and customer data, our offices will be temporarily closed and all badge access will be suspended,” the email continues.