Two Wounded After Rockets Impact Near US Embassy In Iraq 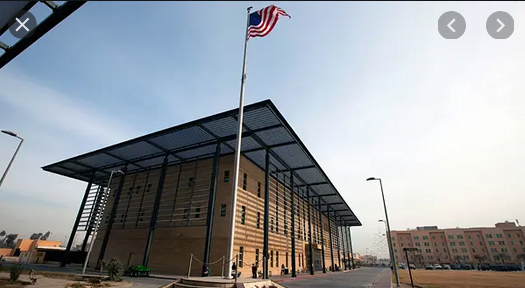 Multiple rockets landed near the U.S. Embassy in Baghdad, wounding two, according to the Associated Press.

A total of four rockets struck an area 2,000 feet from the embassy in Iraq’s Green Zone, a heavily fortified section of the country, AP reported. The missiles were intercepted by an American air defense system, but two Iraqi security personnel were injured in the incident, according to the news wire.

BREAKING: Multiple rockets fired towards the US embassy in Baghdad

The origin of the munitions was said to be from the al-Amin al-Thaniyah neighborhood of Baghdad, AP reported.

The attack follows on the heels of a Pentagon decision to reduce U.S. troop levels in the region from approximately 3,000 service members to 2,500, according to the news wire. Coalition forces have also begun to withdraw from several military bases in the battle-torn country, AP reported.