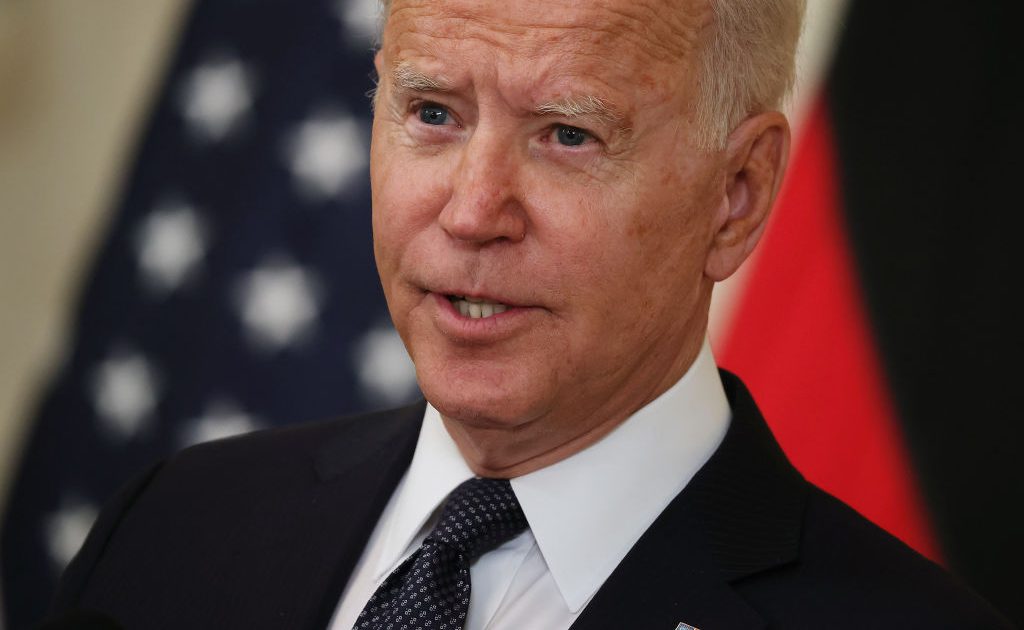 Joe Biden speaks during a joint news conference with German Chancellor Angela Merkel in the East Room of the White House on July 15, 2021 in Washington, D.C. (Chip Somodevilla/Getty Images)

On Wednesday, the Biden administration announced it will start evacuating Afghan visa applicants that are currently under threat, as concern for their safety among the war-torn country grows.

The effort called Operation Allies Refuge aims to move eligible Afghan citizens and their families out of Afghanistan. Flights aiding the operation have been reported to begin towards the end of the month. Reports have said eligible applicants would be those who are in the process of obtaining special immigrant visas.

During the briefing, White House Press Secretary Jen Psaki said she could not give specific numbers of Afghans in initial flights for “operational and security reasons.” Additionally, the U.S. Department of Defense stated on Wednesday they are involved in identifying potential relocation options for the nationals. They said all options for locations are being considered in the U.S. and overseas.

Joe Biden said they want to ensure the Afghan nationals who worked alongside U.S. forces, including interpreters and translators, are helped. “There is a home for you in the United States if you so choose, and we will stand with you, just as you stood with us,” said Biden.

Reports stated the U.S. Air Force will be leading the effort, while the U.S. Navy and U.S. Marine Corps will support the operation. The push for the effort comes as the Taliban have continued mounting attacks since the U.S. pulled out of their main military base in Afghanistan earlier this month.

The decision to remove troops, which has been criticized by both Republicans and Democrats, has caused a surge of military gains ahead of the final removal on Aug. 31. This comes as the top U.S. general in Afghanistan stepped down on Monday, which sources have said is a “symbolic end to America’s longest war.”