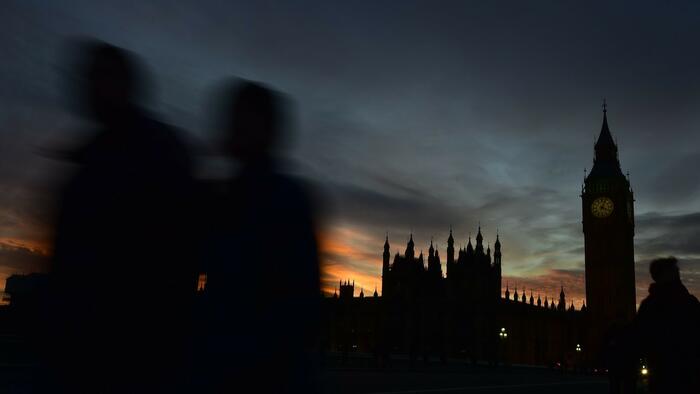 The Guardian has obtained documents marked “official sensitive,” which show the government has “war-gamed” emergency plans for power blackouts lasting up to a week.

Documents are not for public consumption, warn a “reasonable worst-case scenario” power blackout would roil all segments of the economy. Transport, food, water supply, communications, and energy would grind to a halt.

In such a scenario, the government will provide citizens with food, water, and shelter if power blackouts last more than several days.

Earlier this week, UK’s Met Office published a three-month outlook for winter. Despite warm weather today, temperatures are expected to be colder than average as the heating season begins shortly:

“The likelihood of a colder three-month period overall is slightly greater than normal,” the forecasts said.

Preparing for the inevitable crisis has already begun. Whitehall officials’ secret plan, dubbed “Programme Yarrow,” has held a number of exercises with government departments and councils across the country in recent weeks to stress test collaboration efforts.

We first caught wind of increasing power blackout risks across the UK in early October when the British National Grid warned there might not be enough natural gas and electric imports from other parts of Europe later in the cold season.

“We’re heading into winter in an unprecedented situation. Even during the cold war, the Soviet Union kept the gas flowing so it’s very unpredictable,” said one senior industry source.

The Guardian said government insiders have admitted to planning exercises and preparing for the inevitable as an energy crisis is unavoidable this winter.

“All governments do contingency planning for worst-case scenarios but the truth is that we are vulnerable as a country as a direct consequence of a decade of failed Conservative energy policy.

“Banning onshore wind, slashing investment in energy efficiency, stalling nuclear and closing gas storage have led to higher bills and reliance on gas imports, leaving us more exposed to the impact of Putin’s use of energy as a geopolitical weapon,” Ed Miliband, the shadow climate secretary, said.

Last month, The Guardian revealed secret scripts prepared for BBC news anchors to read on air if rolling blackouts strike the country. The purpose of the talking points is to calm the public during a “major loss of power” event.

Only analog FM radio stations will broadcast messages to the population during a national emergency because power grid failures would cripple communication networks.

One source made it clear that Brits aren’t supposed to know about Programme Yarrow:

“The government doesn’t want any publicity on Yarrow, as they don’t want it to be seen as linked to Ukraine, energy supply and the cost of living. But we need to think about how we can help people in advance. The fact they’re talking about it now means they have a real concern it could happen.”

The good news so far is that weather has been on the warm side across the UK for October but is set to slide from here as the heating season begins.

How many cold snaps will it take for the UK to stumble into a situation where it might have to ration power?