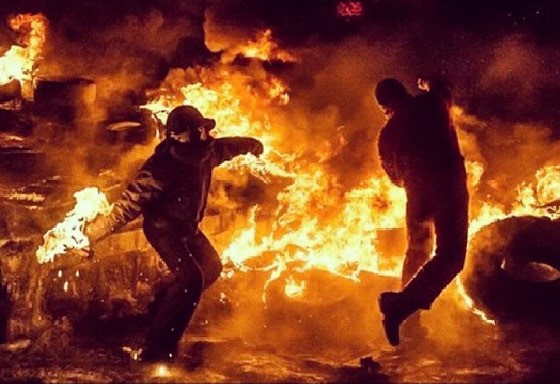 At one time we used scenes of war or natural disasters to provide comparative outrageous parallels to emphasize current events that needed extra punch to fully express the immensity of the point being made. But thanks to Democrat-run states and cities, we now can use our own American political environment for these disastrous, superlative comparisons.

For example, in the past, if we wanted to express and emphasize a completely disastrous happening, we’d compare it to the 1945 allied carpet-bombing of Dresden, Germany in World War II, or the atomic destruction done to Nagasaki or Hiroshima in 1945 as the war in the Pacific began to close. But thanks to the recent destruction that Democrat-run cities have experienced at the hands of incompetent Democrat mayors and governors, we no longer need to look anywhere else in the world outside the United States to come up with appropriate superlatives to make our point.

Here are some relevant superlatives we can employ, at our own national expense, using Democrat targets to make the point:

The fires of Hades are as hot as the “mostly peaceful” burning buildings of Portland.

The murder rate in New York (or Chicago, or Baltimore, or Seattle) is as high as an ISIS invasion in Syria under the Obama administration.

The charcoal fire in my Hibachi is as hot as the most recent, out-of-control forest fire in California.

The cave was as silent as a formerly wealthy and active shopping district in bombed-out New York.

The sunset was as bright red as a BLM or ANTIFA fire-bomb protest in Seattle.

The Army’s basic training tear gas facility burned the eyes as much as a typical “peaceful protest” in Portland.

The sulphur gas emitted by the volcano was as irritating to the eyes as a “mostly peaceful” protest in Seattle.

The Nazi Nuremberg war crimes trial in 1945 witnessed as many lies being told by its defendants as were told about Donald Trump in statements originating in the Democrat-run House of Representatives and in “news” reports from CNN and the NYT.

The sloth was as slow-moving, quiet and uninteresting as the mask-wearing Joe Biden.

Any reference comparing the German sneak attack on peaceful Poland, a move that triggered World War II, should refer to the totally illegal use for the Steele Dossier that blamed Donald Trump for Russian collusion.

Any reference to misleading statements intended to redirect and downplay criminal behavior in Democrat-run cities, should make a tie-in with the Seattle mayor’s “summer of love” quote as her city exploded with fascist activity and deathly attacks on her citizens.