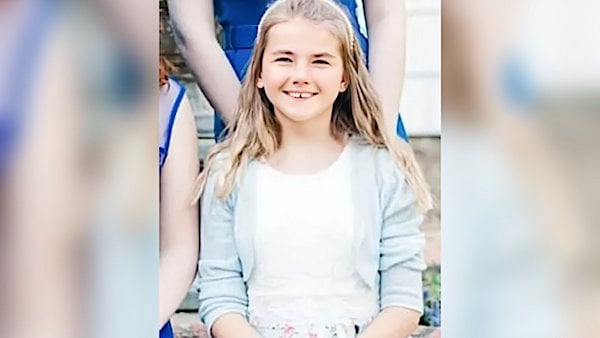 A problem that already has become so severe in America’s health care industry that a physicians’ group has launched a campaign demanding that Congress intervene has flared again.

This time it is affecting the life of a 14-year-old girl who needs a lifesaving kidney transplant – but has been refused medical care by Duke University Hospital because she is unvaccinated.

WND reported earlier that situation had developed so often that the Association of American Physicians and Surgeons created an online process to allow Americans to email their members of Congress.

Rep. Ben Cline, R-Va., said his proposal to do just that is in response to “several reports from across the United States of individuals being removed from the organ transplant list or moved to ‘inactive’ status as a result of being unvaccinated.”

It is the Gateway Pundit that has reported on the most recent travesty, involving Yulia Hicks, 14.

She was adopted by North Carolina Army Veterans Chrissy and Lee Hicks in 2021 after being brought from Ukraine to the United States in December 2018. But she has a genetic kidney condition and now Emily Grace, who has created a fundraising campaign to help with the costs, confirmed the hospital’s refusal to even treat her.

Has Duke University abandoned all its beliefs from its Christian founding?

“Duke University Hospital REFUSED to conduct Yulia’s kidney transplant surgery because she is not vaccinated. A horrible injustice in itself, now the Hicks family must pay for out-of-state travel and lodging expenses for not only Yulia and her mother but also her potential donor! The transplant process is not easy nor quick. Between the numerous pre-surgery tests, the procedure itself, recovery, and the years of regular appointments, the whole endeavor is now financially IMPOSSIBLE for the large Hicks family,” Grace said.

“Today we were told that Yulia cannot have a transplant at Duke even if we have a live donor for her because of our refusal of the HPV and Covid vaccines. The HPV is new, we just learned of it yesterday. So here we sit contemplating our next steps.”

She continued, “Today we are sad. Tomorrow is a new day, and God is there with an answer for us.”

Previous cases have been so numerous some don’t even make headlines any more.

But WND reported over the summer when a judge in Alberta, Canada, ruled that a woman did not have her rights violated when she was denied an organ transplant due to not being vaccinated against the Wuhan coronavirus.

Court of Queen’s Bench Justice Paul Belzil ruled that Edmonton, Alberta woman Annette Lewis had not had her fundamental character of Rights and Freedoms rights violated by being denied an organ transplant over her vaccination status.

And there was the case of DJ Ferguson, who needed a heart transplant.

“But since he has not been vaccinated against COVID-19, he has been removed from the transplant list at a Boston hospital,” a report said.

Also, an entire health system in Queensland, Australia, announced those not vaccinated won’t get potentially life-saving treatments there.

Back in the U.S., officials at health organizations in the leftist state of Colorado took an especially harsh course.

They told Dawn McLaughlin, a woman with polycystic kidney disease, she was being kicked off the wait list to receive a transplant because she hadn’t gotten the COVID vaccine.