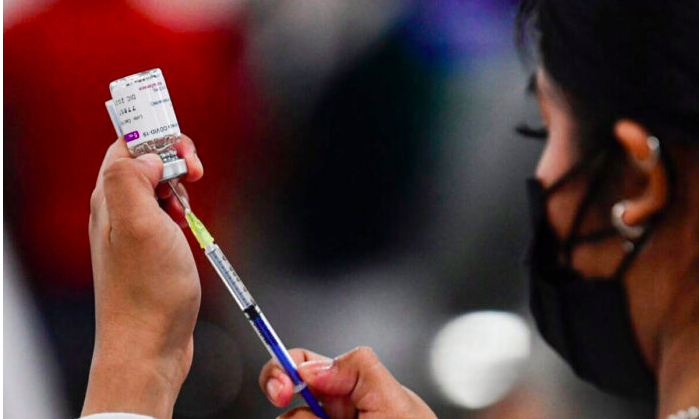 A judge in Louisville, Kentucky, issued a ruling blocking the mandate for Kentucky, Ohio, and Tennessee in November. And on Wednesday, the Sixth Circuit U.S. Court of Appeals upheld the injunction in a 2–1 ruling.

The Sixth Appeals Court majority wrote in its Wednesday order that the injunction was upheld “because the government has established none of the showings required to obtain a stay.”

States are “imminently threatened in their proprietary capacities should they renew those existing contracts (thus triggering the mandate as well) or should they choose to bid on new contracts to which the mandate applies,” the court wrote in its order. “And if they chose not to renew such contracts given the contractor mandate, they could lose millions of dollars in funding from the federal government for critical state programs.”

“They have also plausibly alleged that the federal government has intruded upon an area traditionally left to the states—the regulation of the public health of state citizens in general and the decision whether to mandate vaccination in particular,” the judges wrote Wednesday.

The vaccine requirement for contractors was part of President Joe Biden’s announcement on sweeping mandates, including the controversial rule that requires workers at companies with 100 or more workers to submit to weekly testing or get the vaccine. Biden also mandated federal workers to get the shot, and the federal Centers for Medicare & Medicaid Services to have Medicare- and Medicaid-funded health care facilities require their workers to get the shot.

“This ensures, while the case continues to proceed, that federal contractors in Kentucky aren’t subject to the Biden Administration’s unlawful mandate,” Kentucky Attorney General Daniel Cameron, a Republican who filed the lawsuit against the mandate, said in a Thursday statement.

On Friday, the U.S. Supreme Court is scheduled to hold a special session to weigh challenges to Biden’s vaccine mandate for health care workers and private businesses.

A panel on the Sixth Court of Appeals on Dec. 17 ruled (pdf) that the Occupational Safety and Health Administration, or OSHA, has the legal authority to issue its emergency temporary standard that impacts private businesses. The rule carries hefty fines of thousands of dollars per violation.

Weeks before that, the U.S. Fifth Court of Appeals in November blocked the OSHA mandate. Days later, it reaffirmed its decision in a scathing ruling by calling the mandate “staggeringly overbroad.”