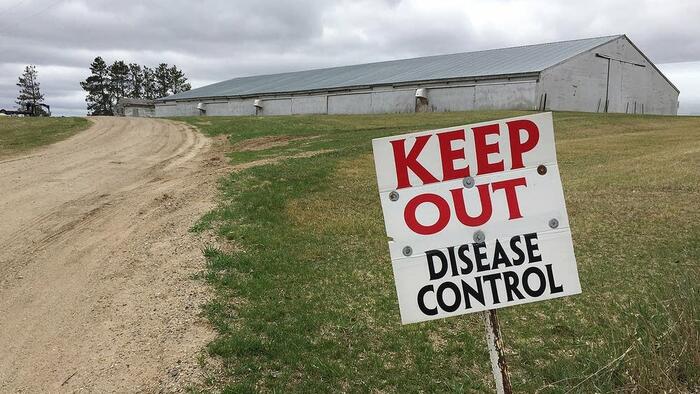 The US outbreak of avian influenza or bird flu is now the worst on record, with 50.54 million birds culled, US Department of Agriculture data showed on Thursday.

Earlier this week, the outbreak at a commercial turkey farm in South Dakota resulted in tens of thousands of birds being culled to avoid spreading. This was enough to top the previous record of 50.5 million birds that died in the 2015 avian-flu outbreak.

Readers have been well-informed this year about the devastating bird flu outbreak ravaging commercial poultry farms nationwide. Here’s the latest map of the epidemic spreading across the US.

We cautioned at the start of this month of the “possibility of additional outbreaks” and noted ahead of Thanksgiving that supermarket egg prices were hyperinflating because a large swath of the nation’s egg-laying hens was wiped out.

“The virus has mostly impacted turkey and egg operations, sending prices to all-time highs and contributing to soaring food inflation. While the spread slowed during the warmer months, it continued to fester and now risks further spread as cooling temperatures prompt more birds to migrate,” Bloomberg said.

The outbreak began in February and has so far infected flocks of poultry and non-poultry birds across 46 states.

“Wild birds continue to spread HPAI throughout the country as they migrate, so preventing contact between domestic flocks and wild birds is critical to protecting US poultry,” Rosemary Sifford, the USDA’s chief veterinary officer, said.

Some experts have warned the highly pathogenic bird flu could easily continue spreading into 2023 and devastate even more commercial farms. This may only suggest egg prices are heading higher.