US Nuclear Reactors Among The Oldest In The World 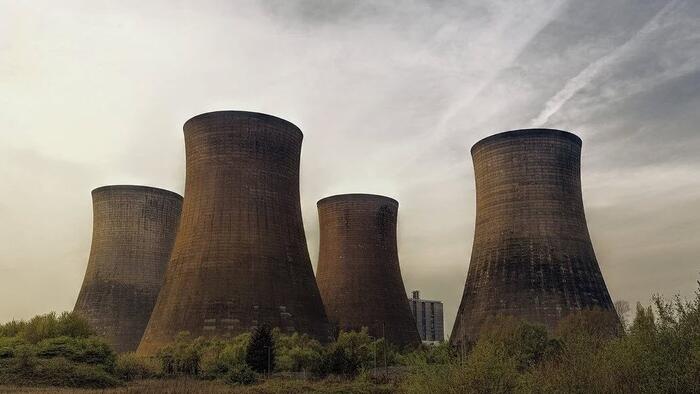 The United States’ 92 nuclear reactors currently in operation have a mean age of 41.6 years, the third oldest in the world.

As Statista’s Katharina Buchholz reports, the only nuclear fleets that are older are those of Switzerland (46.3 years) and Belgium (42.3 years). Also older are the singular reactors in use in Armenia and the Netherlands. 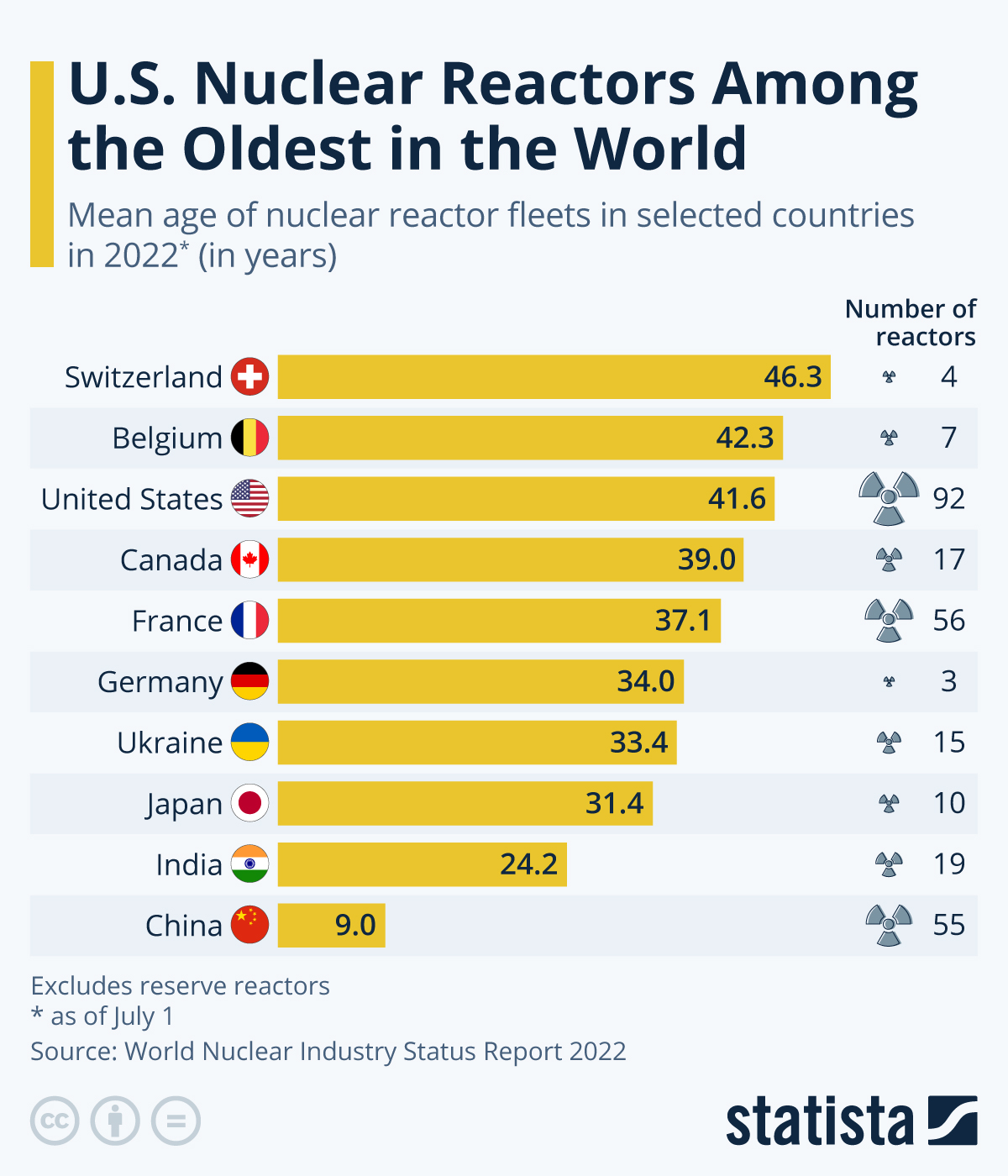 ﻿﻿The U.S. was among the first commercial adopters of nuclear energy in the 1950s, explaining the number of aging reactors today. A building boom between the 1960s and 1970s created today’s nuclear power plants in the United States. The five reactors completed in the 1990s and the one finished in 2016 were all holdovers of delayed construction projects from the 1970s experiencing roadblocks due to regulatory problems and mounting opposition to nuclear energy. The most recent construction start date of a completed U.S. reactor today is 1978 – one year before the nuclear accident at Three Mile Island, which further cemented the public’s rejection of nuclear energy and the challenges of updating nuclear reactor infrastructure today. However, two reactors started at Vogtle power plant in Georgia in 2013 will join the grid soon as the newest additions to the U.S. fleet. They too experienced many regulatory and other delays, culminating in the bankruptcy of the reactor construction company. The U.S. government stepped in with a loan so that the project can now be finished almost 17 years after its initial proposal.

The U.S. today is one of only 15 countries which the World Nuclear Industry Status Report lists as actively pursuing nuclear energy. This includes new nuclear programs in the United Arab Emirates, Belarus and Iran that were started in the past decade only, as well as a younger program in China that started producing power in 1991 and today has a mean reactor fleet age of just nine years. India, running a nuclear energy program since 1969, nevertheless saw much more recent construction than the U.S., achieving a current mean reactor age of 24.2 years. Many European countries which were early adopters of the technology are meanwhile phasing out their programs, at times before the end of reactors’ expected lifespans.

Following the Russian invasion of Ukraine and the ensuing energy crisis, interest in nuclear energy has been renewed in many countries, but challenges for nuclear reactors construction persist today. One solution could be a pivot to small reactors like the ones company NuScale is expected to build in Idaho by 2030 using a new modular technology.