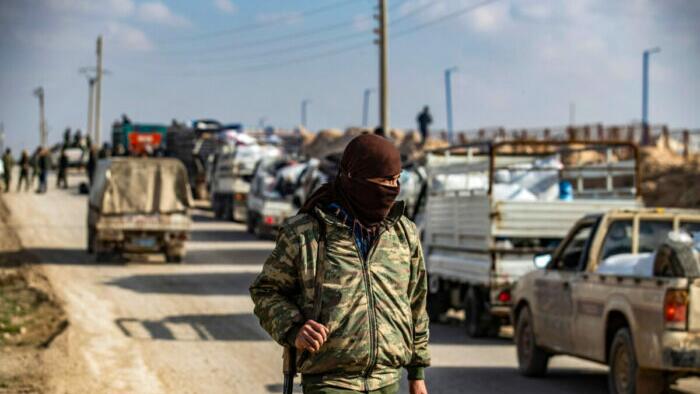 Authored by Aldgra Fredly via The Epoch Times (emphasis ours),

The United States on Monday sanctioned a network of five ISIS financial facilitators accused of assisting the terrorist group in the smuggling of children out of displaced person camps for recruitment as fighters.

All of their property and assets in the United States will be blocked as a result of the sanctions.

They were accused of “facilitating the travel of extremists to Syria and other areas where ISIS operates” and conducting financial transfers to support the group’s efforts in Syria-based displaced person camps.

It stated that the network collected funds in Indonesia and Turkey for the group, “some of which were used to pay for smuggling children out of the camps and delivering them to ISIS foreign fighters as potential recruits.”

“By designating them, we aim to expose and disrupt an international ISIS facilitation network that has financed ISIS recruitment, including [the recruitment] of vulnerable children in Syria,” Secretary of State Antony Blinken said in a statement.

According to the Treasury Department, residents of displaced person camps in Syria include those who have been displaced by ISIS, as well as ISIS members, supporters, and their families.

“ISIS sympathizers in over 40 countries have sent money to ISIS-linked individuals in these camps in support of ISIS’s future resurgence,” it said.

The Al-Hawl camp has been recognized as “the largest displaced person camp in northeast Syria,” housing up to 70,000 people, most of whom are women and children.

“In Al-Hawl alone, ISIS supporters have received up to $20,000 per month via hawala, an informal transfer mechanism; the majority of those funds transfers have originated outside Syria or passed through neighboring countries such as Turkey,” it added.

The sanctions followed the 16th meeting of the Counter ISIS Finance Group of the Global Coalition to Defeat ISIS, on May 9. The CIFG is co-led by the United States, Italy, and Saudi Arabia and comprises nearly 70 countries and international organizations.

“The United States, as part of the Global Coalition to Defeat ISIS, is committed to denying ISIS the ability to raise and move funds across multiple jurisdictions,” said Brian E. Nelson, the Treasury’s undersecretary for terrorism and financial intelligence.