A U.S. warship intercepted an illegal shipment of Iranian missiles in the Arabian Sea this week. In a statement, U.S. Central Command said the USS Normandy detained a small sailboat with 150 anti-tank missiles onboard.

“USS Normandy, while conducting maritime security operations in the U.S. Central Command area of operations, boarded a dhow in accordance with international law and discovered a large cache of weapons,” read the statement. “Those weapons were determined to be of Iranian origin and assessed to be destined for the Houthis in Yemen, which would be in violation of a UN Security Council resolution that prohibits the direct or indirect supply, sale, or transfer of weapons to the Houthis.” 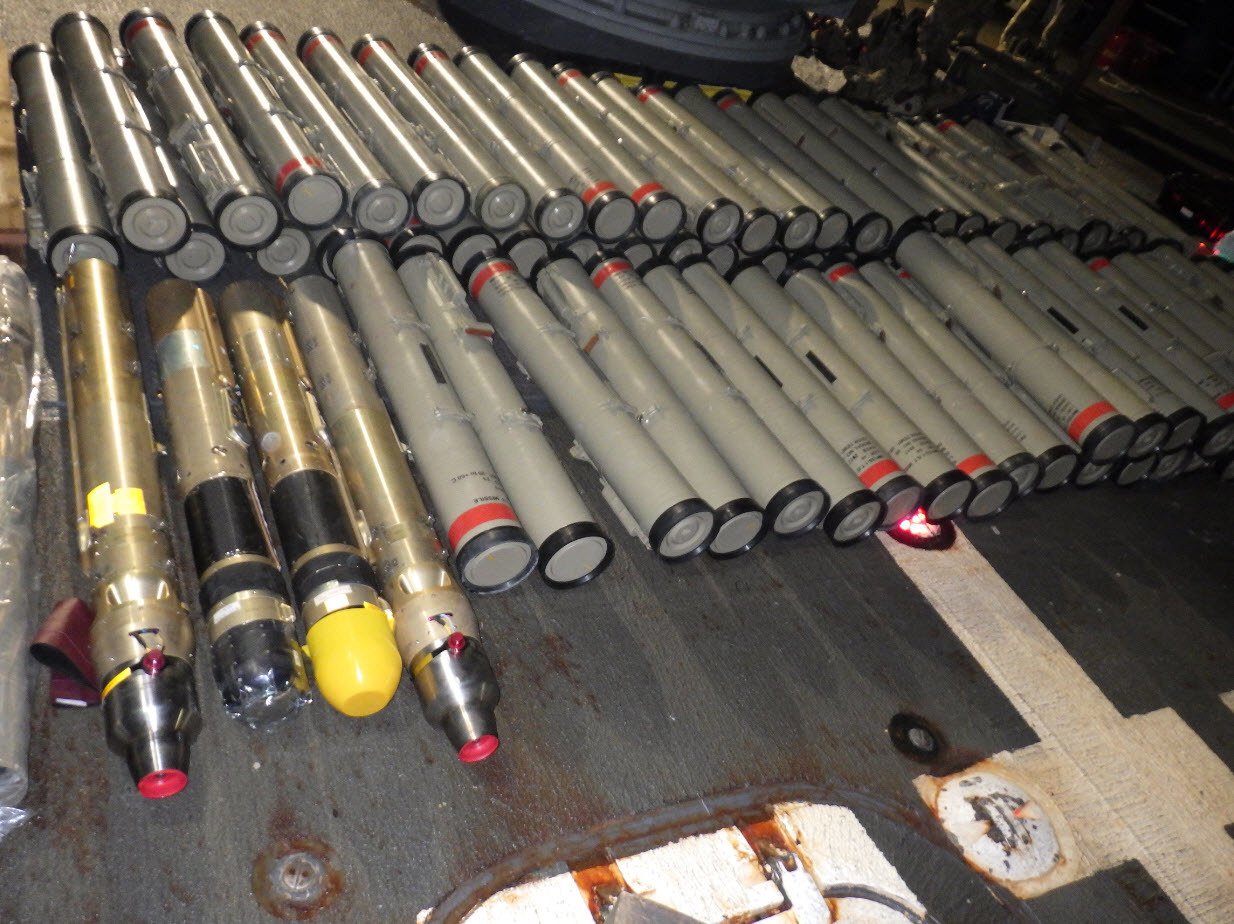 Photo shows assorted weapons aboard a stateless dhow during a maritime interdiction operation in the U.S. Fifth Fleet area of operations on Feb. 9, 2020. (US Navy Photo)

Officials said the weapons were being shipped to Iranian-backed Houthi rebels in Yemen as part of the ayatollah regime’s attempts to increase its influence across the Middle East. The seized weapons are in U.S. custody awaiting final placement.

Iran has warned the United States and Israel it is ready to strike if given any reason to do so.

On Thursday, Major General Hossein Salami attended a ceremony marking the 40th day since the death of top commander Qasem Soleimani. The head of the Revolutionary Guard stated, “If you make the slightest error, we will hit both of you.”

Despite the rhetoric, former General David Petraeus said it’s unlikely Iran would start a war with Israel because of the excessive force Iran would encounter.

RELATED: Iran Says It Will Strike U.S. And Israel If They Make The ‘Slightest Error’