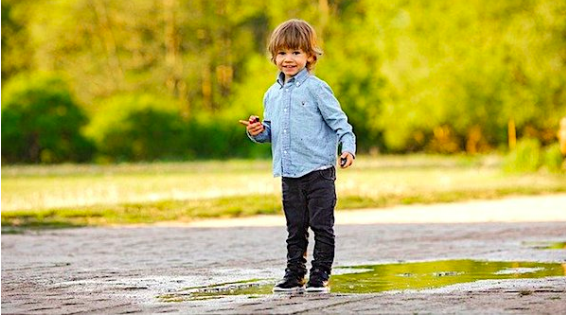 Making the case for the ability of COVID vaccines to reduce the chances of hospitalization and death, New York Times columnist David Leonhardt pointed out the good news regarding young children, who are ineligible to be vaccinated.

“For them, Covid looks like a normal flu, if not a mild one,” he wrote on Twitter, citing Centers for Disease Control statistics. 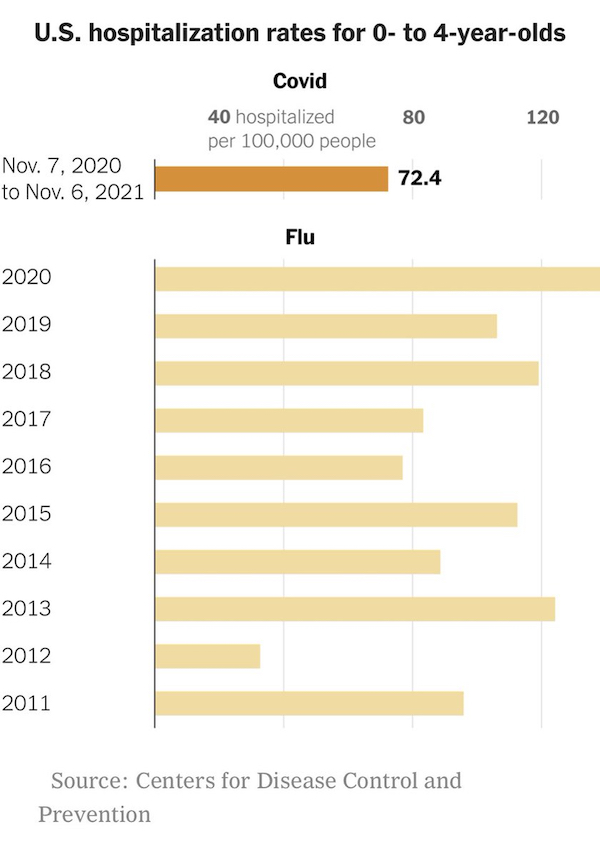 The low risk for children is the reason why so many physicians and epidemiologists, including former HHS consultant Dr. Paul Alexander, believe “there is no basis for vaccinating children from COVID-19.”

In a column for LifeSite News on Monday, he cited the most up-to-date data by the American Academy of Pediatrics, which showed that children accounted for zero percent to 0.19% of all COVID-19 deaths, and 10 U.S. states reported zero child deaths.

He confirmed the data show the infection fatality rate for COVID is roughly similar to seasonal influenza. And he believes the COVID rate will be even lower once all the data are collected.

Further, Stanford University epidemiologist John P.A. Ioannidis, analyzing 36 studies along with an additional seven preliminary national estimates, has concluded the infection fatality rate around the world for those under 70 ranged from zero percent to 0.57%.

For children and young adults, the infection fatality rate is close to zero, pointed out Ioannidis, chairman at the Department of Hygiene and Epidemiology at Stanford’s medical school.

He cited a “high-quality robust study” in the French Alps that followed one infected child who visited three different schools and interacted with other children, teachers and various adults. The researchers reported no instance of secondary transmission despite close interactions.

Alexander noted that these data have been available to the CDC and other health experts for more than a year.

A paper published in the New England Journal of Medicine on COVID-19 among children 1 to 16 years of age and their teachers followed nearly 2 million schoolchildren in Sweden, where there are no mask mandates. There were zero deaths from COVID and a few instances of transmission and minimal hospitalization.

Alexander also addressed “asymptomatic spread,” which is the key issue being used to force the vaccination of children.

“A study published in Nature found no instances of asymptomatic spread from positive asymptomatic cases among all 1,174 close contacts of the cases, based on a base sample of 10 million persons,” he wrote.

The data show there is “no emergency in children regarding COVID-19,” Alexander concluded.

“Their innate immune systems are so very potent that they can vanquish this pathogen with ease in most instances,” he said. “So why would Pfizer and Moderna Inc. engage in trialing this vaccine on children with a death rate in this group of 0.003%?

“They must show us why it is not dangerous to put this vaccine in children, and they have not.”