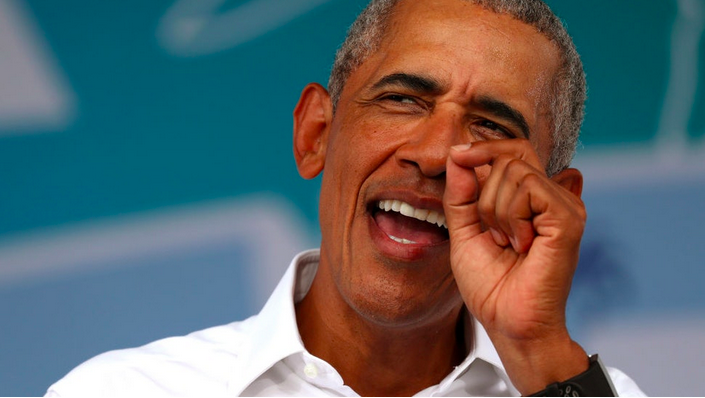 For example, on Saturday, only 130 cars reportedly showed up for a Biden drive-in rally at the Bucks County Community College in Newtown, Pennsylvania, according to the New York Post.

Moreover, as reported by CNN’s MJ Lee, Trump supporters gathered where Biden was speaking and waved their flags and honked their horns.

While asking Floridians to support Biden at a drive-in rally on Saturday, Obama drew a mere 228 cars and 400 people total, according to the Biden campaign journalist Tim Perry said.

“The scene at Florida International University in Miami where former President Barack Obama will soon take the stage to campaign on behalf of Joe Biden and Kamala Harris,” reported Perry. “According to the Biden-Harris campaign there are 228 cars (400 people) at this Obama drive-in rally.”

The Sun Sentinel reported the same number of people in attendance but noted that the Biden campaign said there were 280 cars at the event, not 228.

Obama was deployed by Team Biden “strategically,” and the drive-in car rally at Florida International University was his “main event,” the report added.

The scene at Florida International University in Miami where former President Barack Obama will soon take the stage to campaign on behalf of Joe Biden and Kamala Harris pic.twitter.com/XSU4Ho8um1

In contrast, President Donald Trump has boasted of his rallies topping 35,000-40,000 supporters. The Washington Post said they were unable to confirm the numbers floated by Trump, but admitted his rallies are packing in thousands and thousands.

Earlier this month, a local news reporter in swing state Arizona cast a Biden/Harris event and upcoming bus tour kickoff as lacking “fanfare” and “kinda boring,” showcasing an empty street where the two leading Democrats were meeting inside with tribal leaders.

“Not a lot of fanfare out here,” FOX10 reporter Nicole Garcia said, standing in front of the Heard Museum in Phoenix. “There’s really not much to see. I’ll step out of the way, but it’s kinda boring out here. So, it’s not your typical presidential campaign event, we don’t see people rallying outside, we don’t see signs or really much of what’s going on.”

Garcia noted that the apparently anemic turnout was not what “you would expect to see,” since Arizona has cemented itself as a swing state and this marked Biden and Harris “campaigning together for the first time since the Democratic National Convention.”

While campaigning in South Florida over the weekend, Obama ripped into Trump for supposedly not having a “plan” concerning the novel coronavirus and claimed the president’s booming economy pre-COVID was “inherited” from him.

“He doesn’t have a plan. He doesn’t even acknowledge the reality of what’s taking place all across the country,” Obama said, according to the Sun Sentinel. “Donald Trump isn’t going to protect all of us. He can’t even take the basic steps to protect himself.”

“He (Trump) wants full credit for the economy he inherited and zero blame for the pandemic he ignored,” the former president claimed.