Violent crime on the rise nationwide amid pandemic 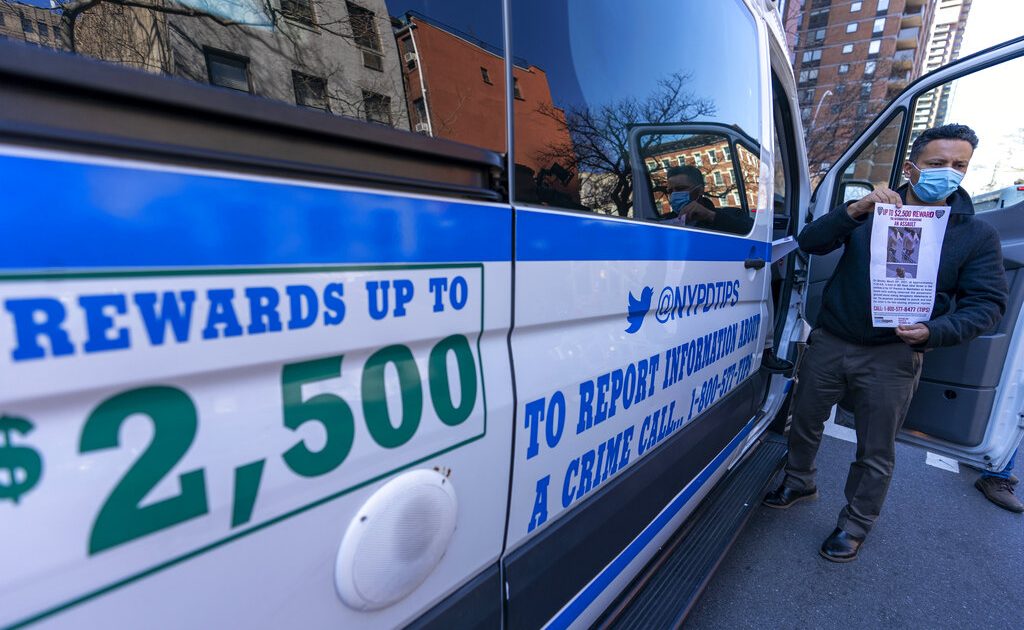 A police officer holds a sign near the crime scene offering a reward for information on the person who attacked a woman, Tuesday, March 30, 2021, in New York. . (AP Photo/Mary Altaffer)

Violent crime is on the rise nationwide and is showing no signs of letting up. According to preliminary FBI data for 2020, the murder rate increased by about 25 percent last year while reaching above 20,000 for the first time since 1995.

The data showed other crimes such as rape, robbery and assault shot up exponentially as well. This reportedly marks the largest increase in violence since the 1960s.

Experts said the rise cannot be attributed to any one factor, but they noted it’s highly likely the affects of the pandemic are partially responsible. They pointed out there has been an increase in mental health-related issues, especially among young people since the start of COVID-19 lockdowns.

Some experts have called the past year “a perfect storm,” which has led to the uptick in violent crime. They particularly cited the Black Lives Matter protests and riots, the decrease of police funding in cities nationwide as well as the economic collapse amid coronavirus restrictions.

When I was Mayor of NYC, we reduced auto theft by over 80%.

But even worse there is a violent crime epidemic.

It’s 100% the result of reckless and dangerous policies advocated by BLM and embraced by Democrats.

Additionally, data shows these numbers have not changed for the first three months of 2021.