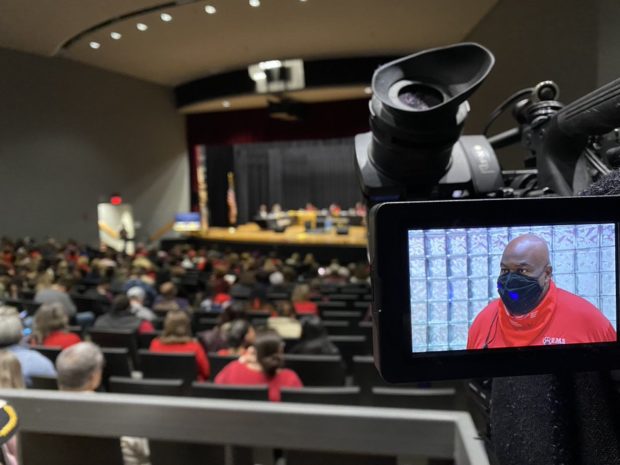 A Virginia school board rescinded its decision to remove sexually explicit books in its libraries on Tuesday, The Washington Post reported.

The Spotsylvania County School Board voted 5 to 2 to reverse its Nov. 8 unanimous decision to remove controversial books and audit the district’s libraries following complaints from parents, the Post reported. Board members Kirk Twigg and Rabih Abuismail opposed the reversing decision.

At the meeting, a mother and father took issue with two books, “Call Me By Your Name,” which details a gay relationship and “33 Snowfish,” which discusses sexual abuse, the Post reported. The school board voted to direct Superintendent Scott Baker to reevaluate any sexually explicit books in the district’s libraries and decide if they should be kept or removed on Nov. 8.

The public comment section has begun. Each speaker has 5 minutes and the board says this portion will be cut off at midnight. We know at least 68 people signed up ahead of time. (This could last a while) @7NewsDC pic.twitter.com/OJDAKuo74q

At Monday’s meeting, high school students showed up to protest the removal of the books, holding signs that said “Books Not Bonfires” and “Don’t Sensor My Sexuality,” according to the Free Lance-Star.

Monday’s public comment  period ended around midnight and board member Baron Braswell proposed to immediately rescind the board’s previous vote, the Post reported. The Spotsylvania County Public Schools (SCPS) attorney said in a memo that the original vote was likely unconstitutional because it would violate free speech by preventing children from reading about particular political ideas and social viewpoints, Braswell said.

SCPS already has a system in place for handling complaints from parents about books, which Braswell told the Post that he wanted to see happen for the books questioned at the Nov. 8 meeting. He said he wasn’t aware of the vetting method already in place at that meeting, but if he had known about it, he wouldn’t have voted to remove the books.

Parents in Texas and Virginia have also been vocal about similar concerns regarding sexual content in books found in school classrooms and libraries.