Vladimir Putin slams Biden’s “woke” culture, confirming that “wokeness” is an evil that will destroy the West 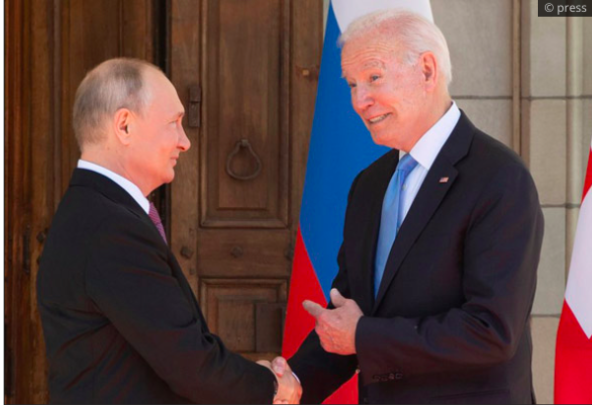 Russian President Vladimir Putin has sent out a warning to the West about the rapid spread of “wokeness,” declaring that the ideology is “evil” and it “destroys lives” and “values.” He warned that the “woke“ agenda is no different than what happened in Russia during and after the revolution in 1917, which he said was also wrongly “hailed as the march of progress.”

Neonnettle“We see with bemusement the paralysis unfolding in countries that have grown accustomed to viewing themselves as the flagships of progress,” Putin said during an event about the “Global Shake-up in the 21st Century,” where he spoke for a few hours.

These so-called “progressives” believe that aggressive blotting out of whole pages of your own history, the affirmative action in the interest of minorities, and the requirement to renounce the traditional interpretation of such basic values as mother, father, family, and the distinction between sexes are a milestone … a renewal of society.”

Putin said that the so-called social progress believe that the bringing a new conscience, a new consciousness to humanity, is something that is more correct.” But they are just the opposite and “the overwhelming majority of Russian society” rejected these new ways of thinking.

“There is one thing I would like to say: The recipes they come up with are nothing new.” “It happened in our country before after the 1917 revolution, the Bolsheviks followed the dogmas of Marx and Engels.

“They were trying to destroy age and century-long values, revisiting the relationship between the people, they were encouraging informing on one’s own beloved, and families.  “It was hailed as the march of progress.  “And it was very popular across the world and it was supported by many, as we see, it is happening right now.”

“Incidentally, the Bolsheviks (just like the Leftists today) were absolutely intolerant of other opinions, different from their own,” Putin continued.

“I think this should remind you of something that is happening. And we see what is happening in the Western countries, it is with puzzlement that we see the practices Russia used to have and that we left behind in distant path, the fight for equality and against discrimination turns into an aggressive dogmatism on the brink of absurdity when great authors of the past such as Shakespeare are no longer taught in schools and universities because they announced as backward classics that did not understand the importance of gender or race.” 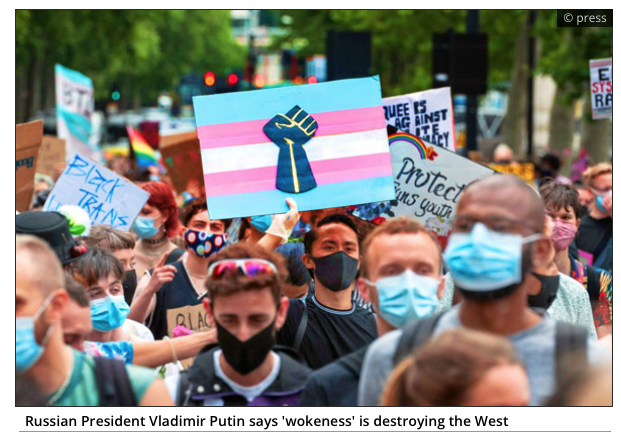 “In Hollywood, there are leaflets reminding what you should do in the cinema, in the films, how many personalities and actors you’ve got, what kind of color, what sex, and sometimes it’s even tighter and stricter than what the Department of Propaganda of the Soviet Communist Party Central Committee did,” he said.

“And the fight against racism, which is a lofty goal, turns into a new culture, cancel culture, and into reverse discrimination, racism on the obverse.  “And it brings people apart, whereas the true fighters for civil rights, like Martin Luther King, they were trying to eliminate those differences.

“You know, the Bolsheviks were speaking about nationalizing not just the property, but also women,” Putin continued.

“The proponents of new approaches go so far as they want to eliminate the whole notions of men and women, and those who dare say that men and women exist and this is a biological fact, they are all but banished.  “Parent number one, parent number two, or the parent that has given birth, or instead of breast milk, you say human milk. “And you say all of that, so the people who are not sure of their sexual agenda are not unhappy.”

“There are some monstrous things when from a very young age, you teach to children that the boy can easily become a girl and you impose on them this selection, this choice.  “You push the parents aside and make the child take these decisions that can destroy their lives.

“And if we call the spade a spade, this is nigh to crime against humanity and all of that under the banner of so-called progress.”