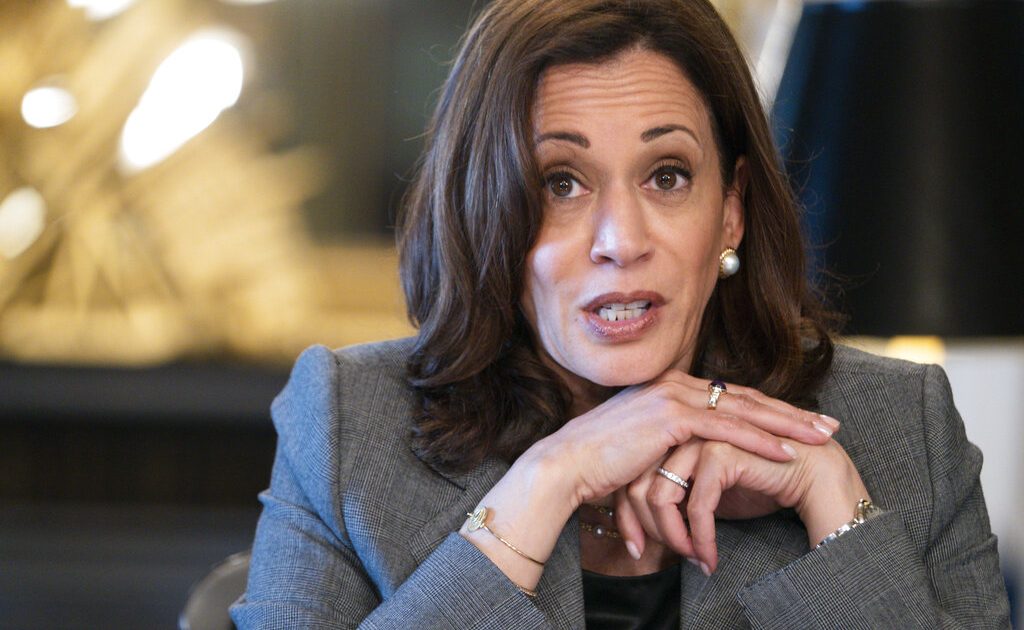 Vice President Kamala Harrisspeaks during a meeting about abortion rights and Roe v. Wade, Tuesday, June 14, 2022, from her ceremonial office at the Eisenhower Executive Office Building on the White House complex in Washington. (AP Photo/Jacquelyn Martin)

Vice President Kamala Harris is set to lead the Biden administration’s latest disinformation task force, which appears to be disguised as programs and policies. On Thursday, White House officials unveiled plans they claim are intended to protect “political figures” and journalists from “misinformation” as well as “abuse.”

According to the presidential memorandum. the task force protects the online expression of those seeking government roles from internet critics. Some have seen this as a preemptive defense measure for future Biden nominees as disinformation czar Nina Jankowicz resigned after her internet footprint resurfaced during her nomination process.

However, Harris claimed the measure will shield all members of the intersectional community from disproportionate online scrutiny.

“The internet is a place of fear. One in three women under the age of 35 report being sexually harassed online,” she noted. “Over half of the LGBTQ+ people in our country are survivors of severe harassment. Nearly one in four Asian Americans report being called an offensive name, usually motivated by racism.”

Harris touted the task force as a way for the government to make the internet safe, covering a variety of sectors such as online extremism to protecting a woman’s location as she is receiving an abortion. The Vice President claimed laws must change with the times and promised increased funding to train officials on the new protocol.

“The collective work will help modernize the federal government’s response to violence against women and people of all genders,” she stated. “It will lead to more evidence informed policies and interventions. And it will support more federal funding to address online harassment and abuse, including grants to train law enforcement and prosecutors.”

This new task force will include Attorney General Merrick Garland and Surgeon General Vivek Murthy and will submit its blueprint to combat gender-based violence to multiple agencies within the next six months. Within the next year it will issue recommended measures to be taken by internet platforms, stand and local governments and schools.

In April, critics slammed President Biden for what they believed was his attempt to create a “dystopian” disinformation bureau intended for the government to patrol online free speech. White House Press Secretary Karine Jean-Pierre could not clarify how the new task force will differ from the disinformation governance board.