Was San Francisco Election Official Not Rehired Because He Wasn’t ‘Diverse’ Enough? 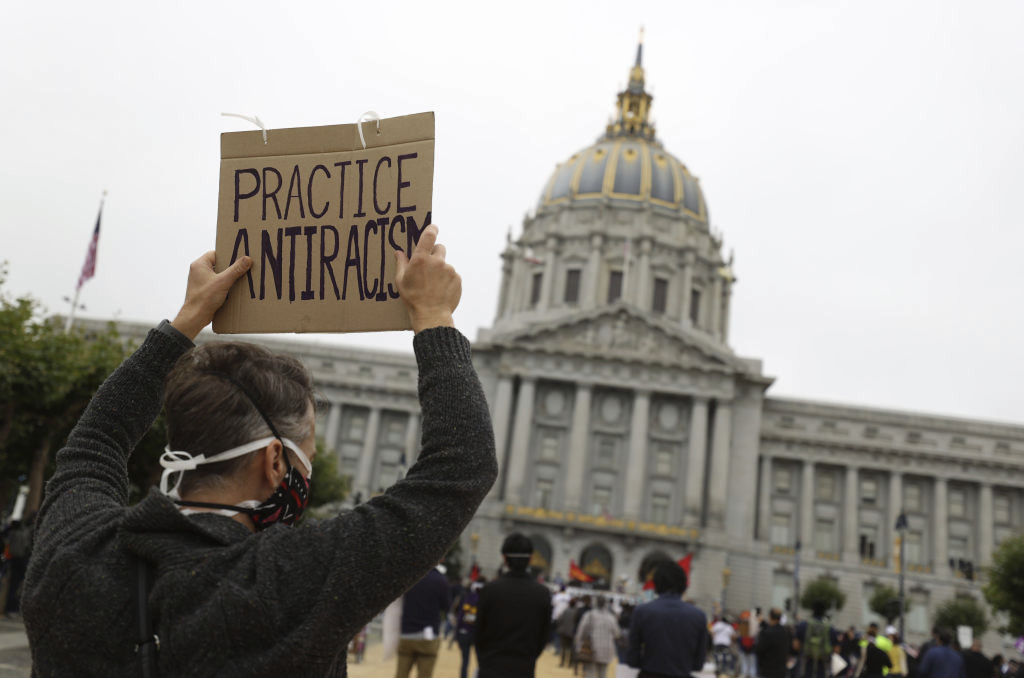 San Francisco is essentially firing its elections director, John Arntz, because he is apparently of the wrong race to satisfy their “racial equity plan.” The City of San Francisco is a state actor that is constitutionally prohibited from disqualifying job applicants on the basis of race. That is precisely what occurred here, despite the phony claim that Arntz can reapply for his job. Pictured: A protest at San Francisco City Hall on July 20, 2020. (Photo by Justin Sullivan/Getty Images)

John Arntz has held the job of San Francisco’s director of the Department of Elections for two decades. He has been repeatedly praised for his excellent performance at this increasingly important job — important because of so many election challenges and doubts. Just two years ago, the election commission commended him for his “incredible leadership.” But now they are essentially firing him because he is apparently of the wrong race to satisfy their “racial equity plan.”

This is what he was told:

“Our decision wasn’t about your performance, but after twenty years we wanted to take action on the City’s racial equity plan and give people an opportunity to compete for a leadership position.”

“John Arntz has served San Francisco with integrity, professionalism and has stayed completely independent. He’s remained impartial and has avoided getting caught up in the web of City politics, which is what we are seeing now as a result of this unnecessary vote.

“Over the last year John successfully ran four elections while navigating a pandemic that thwarted San Francisco into crisis response – all without a single issue. Rather than working on key issues to recover and rebuilt our City, this is a good example of unfair politicization of a key part of our government that is working well for the voters of this city.”

All of the 12 managers in his department asked that his contract be renewed. But in today’s woke world of identity politics, race trumps meritocracy. “Racial equity” plans are apparently more important than electoral integrity.

It well maybe that Arntz’s “equity” replacement will be as good as or better than him. There are, after all, highly qualified people of all races and backgrounds. But that is not the point. His contract would clearly have been renewed — he would not have been fired — if he were of an “acceptable” race. But he is not, because he does not meet the criteria for the city’s “racial equity plan.”

To cover their legal rear ends (“CYA”) the panel has said that Arntz can “reapply” and be considered among the pool of candidates who do meet the criteria of racial equity, even though he does not! This “CYA” tactic does not even pass the giggle test.

It certainly does not pass the constitutional test, even the one that currently allows universities to place the thumb of racial diversity on the scale of admissions. That test is likely to be changed — perhaps disallowed — even in the context of private universities such as Harvard. The City of San Francisco is a state actor that is constitutionally prohibited from disqualifying job applicants on the basis of race. That is precisely what occurred here, despite the phony claim that he can reapply for his job.

There is one important benefit to the San Francisco decision — at least as compared to university admissions decisions. The San Francisco panel did not try to disguise the racial criteria they are employing, whereas most universities go to great length to deny that race alone is often a dispositive factor in ranking applicants. This will make it easier for the courts to hold San Francisco’s Arntz decision as a clear violation of the equal protection clause of the 14th Amendment. But even if this particularly outrageous decision is struck down as unconstitutional, many cities and other governmental units will continue to use race as a basis for hiring and firing employees. They will simply be less transparent about it than San Francisco was.

In the bad old days, race was often used to discriminate against Black applicants. Today race is often used to discriminate in favor of Black applicants. I guess that is some sort of progress. But real progress will be achieved only if and when race is no longer a factor that trumps meritocracy. Only then will Martin Luther King, Jr.’s dream of how his children and ours should be judged become a reality.

Alan M. Dershowitz is the Felix Frankfurter Professor of Law, Emeritus at Harvard Law School, and the author most recently of The Price of Principle: Why Integrity Is Worth The Consequences. He is the Jack Roth Charitable Foundation Fellow at Gatestone Institute, and is also the host of “The Dershow” podcast.